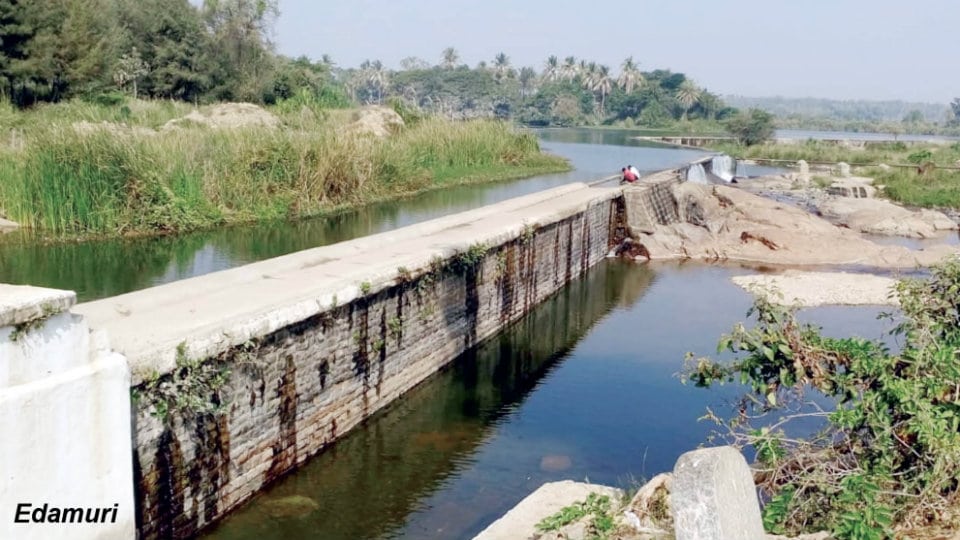 106 tourists killed in the last 14 years

Srirangapatna: The scenic Balamuri and Edamuri tourist spots, about three kilometres from Belagola in Srirangapatna taluk where River Cauvery flows, most of the times with turbulence, are becoming death traps with the number of tourists drowning increasing by the day.

It may be recalled here that two girls, employees of a private company in Mysuru, who had come on a trip to Edamuri, drowned on June 30.

Balamuri is a popular picnic spot where tourists and local people go there to spend time with their family and friends. The waterfall, over the years, has gained notoriety of being a death trap. More than 12 persons have drowned at Balamuri and Edamuri between January and June this year. In the past 14 years (2006 to 2019 till June), a total of 106 persons have lost their lives (See table).

Tourists, who are hugely attracted by the scenic beauty of the waterfall, enter the waters and any negligence while playing in the waters, results in certain death as can be seen in most cases of drowning. With rising temperatures, tourists from places such as Bengaluru, Mysuru, Chamarajanagar and other districts visit the spot in large numbers and take to swimming in the river.

The locals, who are saddened by the loss of lives, have urged the authorities to sensitise the tourists on the risk of taking to swimming at dangerous spots. Although the Police are deployed at Balamuri site to warn the tourists by making repeated announcements through audio systems, tourists tend to ignore the warnings and have their own way.

The authorities on their part have erected huge warning boards at all dangerous points of the river cautioning the public about whirlpools. Banners and flexes containing warnings too have been put up at some spots. But despite all these measures, tourists choose to ignore all advices and go for a swim. Incidentally, most of the youths who have died of drowning are from Bengaluru who arrive here to enjoy weekends and holidays.

In October 2017, Police along with Sri Balamuri Kshetra Devalayagala Abhivruddhi Samithi, had banned entry to Balamuri and that’s when the gates were installed. According to the Police, most of the visitors carry alcohol and after downing a couple of pegs, they walk on the concrete barrier that is at times slippery when water is released.

Sri Balamuri Kshetra Devalayagala Abhivruddhi Samithi President Jagadish said that it is disturbing to note that more and more number of tourists, most of them youth, are meeting watery grave at this beautiful spot.

The Committee, in association with the Police, has set up large warning boards, banners, flexes etc., at all dangerous points. Security personnel too have been deployed at the spot to warn and guide the tourists, he said.