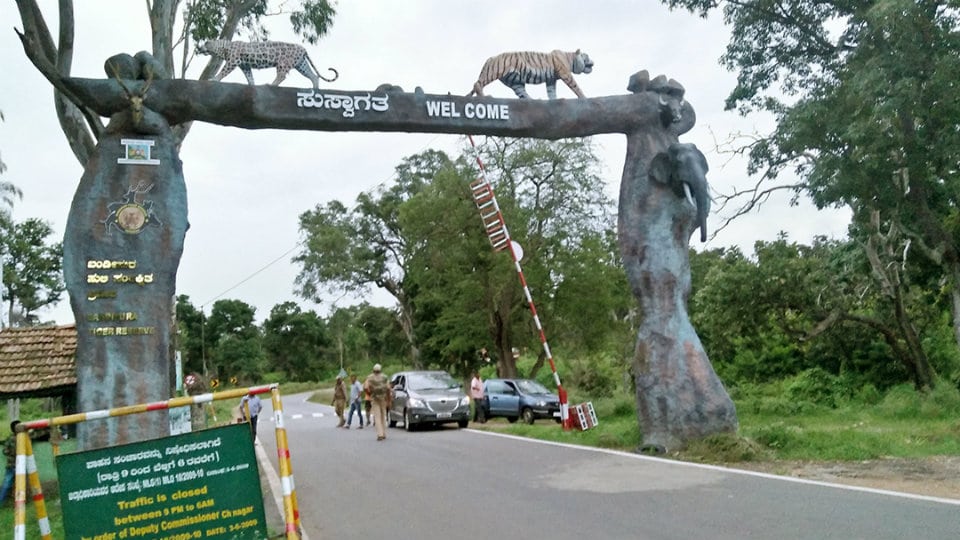 Rain or shine, when it comes to eco-tourism, Bandipur takes the cake. Thousands of tourists flock the Tiger Reserve to have a glimpse of animals in their natural habitat and behaviour. Tourists encounter these incredible animals here which are a visual treat to watch and an absolute joy to capture on camera. With monsoon ending and winter stepping in, Bandipur is in full glory now and is the best time to visit. This Weekend Star Supplement presents a visual and informative tour of the Tiger Reserve which continues to draw tourists from far and wide.

Bandipur: The Kanha of the South

Destination Bandipur seems to be the buzzword for tourists, wildlife enthusiasts and ecological tourists who are making a beeline to the famed Tiger Reserve. Come weekends and holidays, tourists flock the vast green expanse that is Bandipur which is renowned for showcasing spectacular sightings of majestic animals in their natural habitat.

Tourists encounter these incredible animals here which are a visual treat to watch and an absolute joy to capture on camera. The Tiger Reserve has been attracting a steady number of visitors all round the year and tourists who have spotted a tiger or two even call it the Kanha (Kanha Tiger Reserve in Madhya Pradesh) of the South. 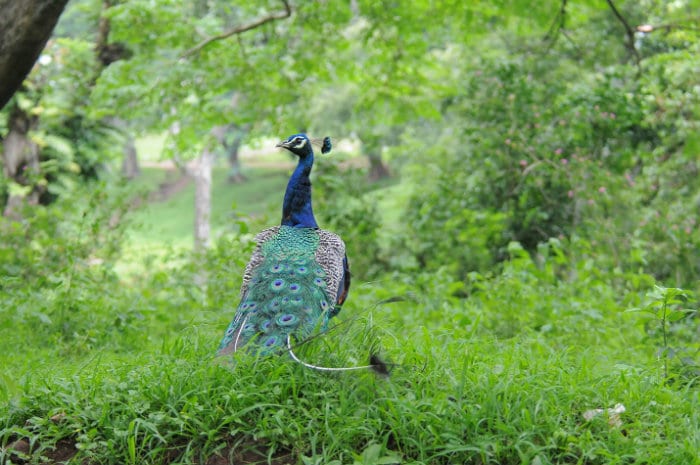 Instead of heading to Kanha, tourists have a better reason to visit Bandipur due to its increased green cover thanks to copious rains after summer months. In January 2017, the Tiger Reserve looked like a desolated place with forest fires, dried up lakes and other waterholes and where animals were migrating to nearby forest areas like Kabini, Nagarahole and Mudumalai in search of food and water.

Early this year, Bandipur was going through one of the worst spells of drought and was ravaged by major forest fires that also claimed the life of a forest guard in Kalkare range. Vast tracts of forests and vegetation were reduced to ashes in the fire that occurred in the first three months of 2017. The worst affected ranges were Kalkare, Gundre, Maleyur and Gopalaswamy Hills. 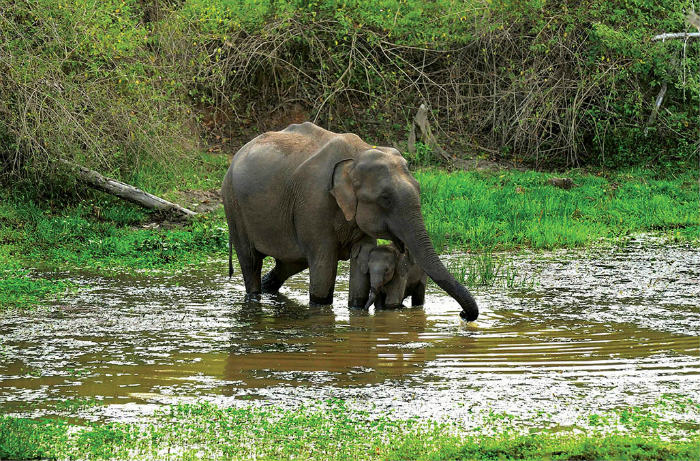 Rains that lashed in March and April and also post-monsoon showers changed the face of the Bandipur forest. Apart from cooling the atmosphere, rains filled up over 500 lakes and ponds inside the forest, thus reversing the migration process. Fresh grass, bamboo shoots, sprouting leaves attracted herbivores animals and they in-turn were a feast for carnivores.

Bandipur National Park is spread across 1,02,700 hectares (1,027 sq kms) and the forest area covers a total of 13 ranges including three in Bandipur, four in Gundlupet and six in Hediyala. Bandipur is also a home for many endangered wildlife and also provides refuge to other threatened and vulnerable flora and fauna species. 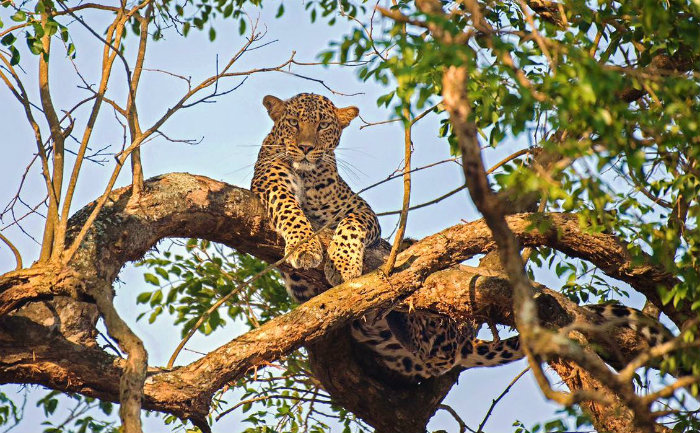 It also supports a wide range of plants and tree species including teak, rosewood, sandalwood, Indian-laurel, Indian kino tree, giant clumping bamboo, clumping bamboo and others. There are a number of flowering and fruiting tree species like kadam, Indian gooseberry, crape-myrtle, axlewood, black myrobalan, flame of the forest, golden shower tree and others. 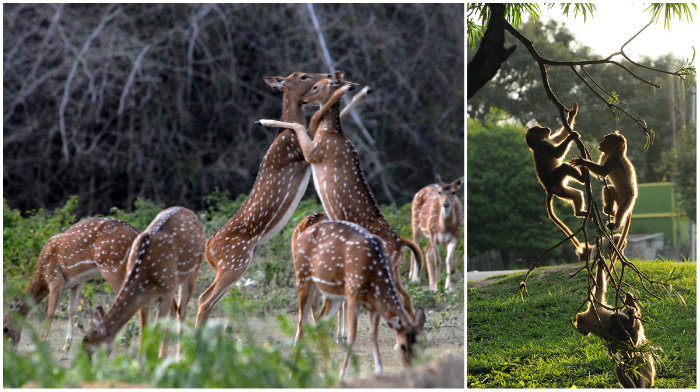 Among most commonly found birds in Bandipur are peafowl, grey jungle fowl and crows. It is believed that the National forest is home for over 200 species of birds such as honey buzzards, red-headed vultures, Indian vultures, flower-peckers, hoopoes, Indian rollers, brown fish owls, crested serpent eagles, changeable hawk-eagles, bee-eaters and others. 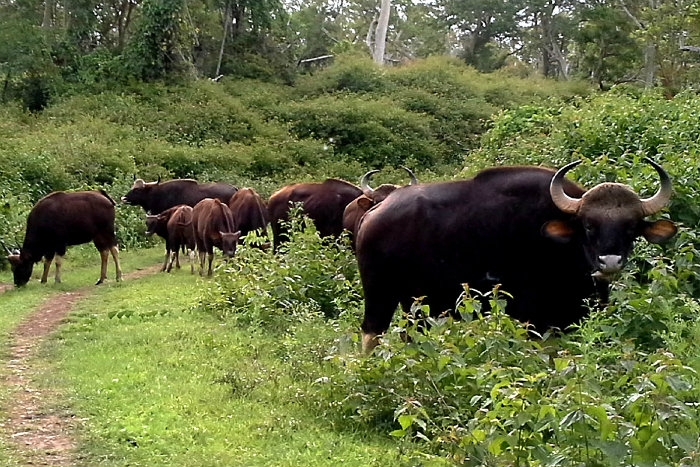 Bandipur houses about 150 tigers. The department had recorded a total of 135 tigers during 2015 census, 142 during 2016 census and the population is expected to be more this year. The department has taken around 8,000 photographs of tigers using 399 dual cameras at different locations. These photographs will be compared and thoroughly checked before coming out with the exact figures this year, said forest officials. 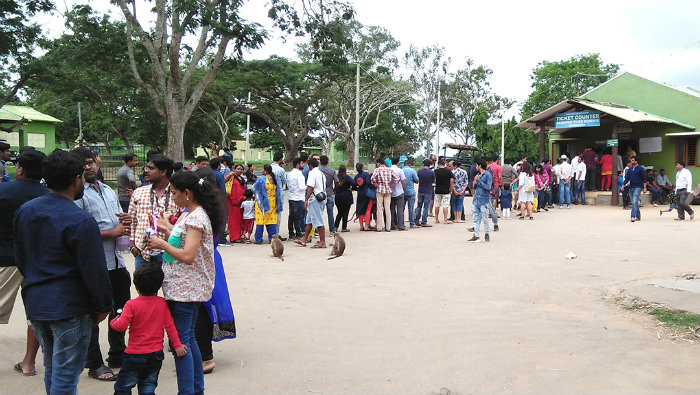