Home » Columns » Abracadabra By K. B. Ganapathy » Believe It or Not! 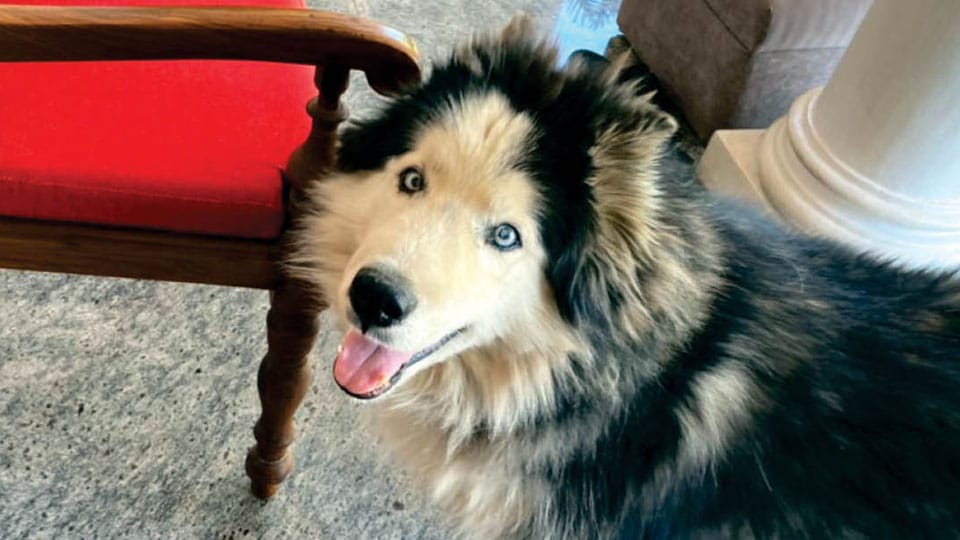 Believe It or Not!

Mohan Kumar was watching TV at 10 pm. His son Viraat said he was going to the club for a party. “Have you taken the key of the main door?” asked the father. “No, leave it in the usual place,” said Viraat and shot off on his nocturnal trip with his wife.

Mohan Kumar, as a good, loving father, went to the front verandah and kept the leather-pouch containing the key underneath the cushion of a designated chair and went to bed. It was not for the first time he was doing so. He had done it many times before without his sleep being disturbed by the ringing of the call bell at the dead of night.

This time, however, there was a problem the following morning. When Mohan Kumar looked for his key-pouch in the usual place where his son would keep it, it was not there.

Naturally, he asked his son Viraat for the key. The answer surprised him. He said he had not taken the key from its usual place as his wife who carried one extra key did the honour! It was clear the key-pouch was under the cushion. However, when Mohan Kumar went to collect the key-pouch it was not there! He called his son and asked as to whatever happened to the key-pouch. Viraat insisted that he had not taken it at all and did not know  what happened, making a sarcastic remark, “Dad, you would not have kept the key-pouch there at all! Might have  forgotten!!”

Well, when one is old, it is easy for young to blame the old for such incidents, said Mohan Kumar to himself and started looking for it all over the house. His wife, son and the domestic help too joined in. Many possible places, where the mysterious key-pouch might have been kept ‘unawares’, were re-visited. Many pant  and shirt pockets were  emptied and turned over. Entire floor was swept, furniture shifted to look under them, carpets were lifted and checked. All in vain.

Two important, critical keys were inside that small leather pouch with a zip — one of the main door and another of the bedroom. Any thief can have easy access to the house and the bedroom. For Mohan Kumar the worry was not so much of valuables or cash that the thief would rob as was the security of life of those who lived in the house.

A family meeting of sorts was immediately held along with the domestic help. There was much conjecture and speculations but leading to nowhere. General opinion was that the old man had forgotten to leave the key-pouch and he must have left it somewhere if it was not in its original place where he usually kept it. The mystery deepened. If human hand was not in this episode, how else could this key-pouch be missing or lost? A ghost, perhaps?

And the place, under the cushion of the chair, was known all these years only to Mohan Kumar, his wife and Viraat. No one else. So could it be the mischief of a ghost? A mild tremor of fright passed over everybody’s person with the mention of the ghost. The sudden possibility of the presence of a ghost in the house was disturbing. One even  suggested the need for exorcising the ghost with the help of an exorcist!

However, the blame once again landed in front of Mohan Kumar who was already looking haggard with the mention of the ghost in the house. Fortunately, Mohan Kumar’s wife remembered the CCTV cameras installed in the house and his son got cracking to get the images. But alas, the CCTV cameras having been found dormant for years, wouldn’t co-operate. At last, the provider of the CCTV camera had to be contacted and the son with his technical knowledge managed to get the images. And lo and behold, Mohan Kumar was vindicated when the camera showed his images placing the key-pouch under the cushion of the chair.

Now the mystery further deepened. Whatever happened to the key-pouch? The question remained a riddle, wrapped in a mystery, inside an enigma!

There was a kind of eerie silence around and son was adamant saying, he would not go to office unless the key is found. He began to rummage the drawers and Mohan Kumar’s bedroom muttering the old man must have himself collected the key-pouch that morning, not having found it where his son usually kept after opening  the door.

It is at this point Mohan Kumar’s wife cast a doubt on Azu, a Siberian Husky, a long time resident, who forever kept moving around and inside the house, watching the inmates and even spying on them! Mohan Kumar’s wife said that she had found spoons, clothes and toys being buried in the flower-beds and in the kitchen garden. She suspected that it was the work of the naughty boy Azu.

Therefore, why not follow his trail? ‘Come on let us first search in the garden.’ So it was, the domestic aide, the driver who had arrived by now and Mohan Kumar’s wife began the ‘treasure’ hunt. It was like the Forest Department officials looking for pugmarks of tigers during the tiger census. This group began to trace the steps of Azu from the chair, across the portico into the garden. And lo and behold, the driver found a patch of mulched mud in one flower-bed. When he dug deep with his fingers, to his utter surprise found the leather pouch buried! But alas, there was no key. The matter was discussed and the opinion was Azu must have played with the pouch for a while dropping the keys elsewhere before deciding on the burial of the pouch.

So, another search operation began. It was again the driver who could find the keys near the security building. And thus ended the great investigation and search for a leather key-pouch. The culprit? Azu, the Siberian Husky! He was not punished, however. He was exonerated by Mohan Kumar’s family who loved  Azu so much and also his antics of this kind except this one time.

Tailpiece: Apparently, Azu had seen Mohan Kumar shoving the key-pouch under the cushion and worked on it. However, the detection of the ‘case’ helped absolve Mohan Kumar of assumption on his son’s part and, may be, others in the family about he suffering from infirmities of old age — specially forgetfulness. All is well that ends well.

ABRACADABRA K.B. Ganapathy
Measuring‌ ‌Higher‌ ‌Education‌ ‌
What Type of Mattress is Good for Side Sleepers?