Home » News » Betting runs high on who will win Mandya 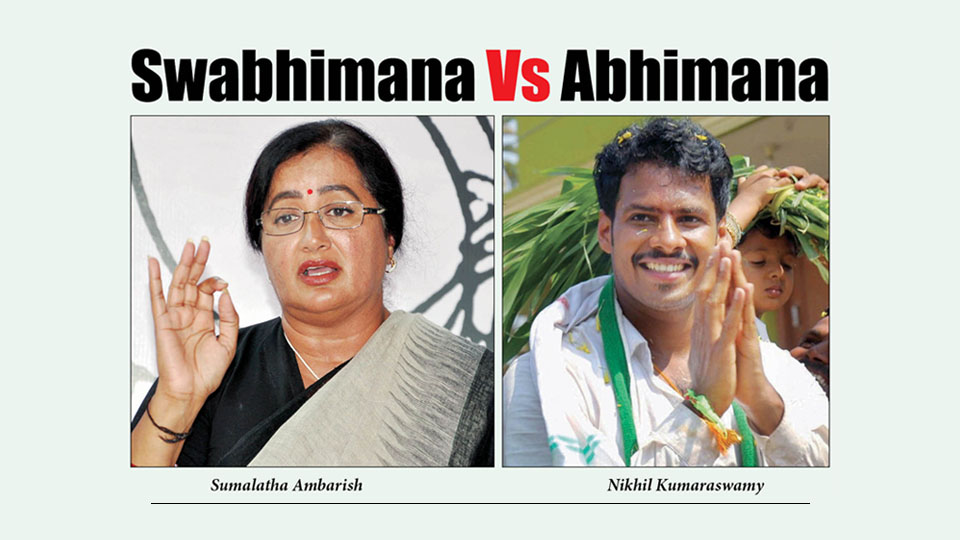 Betting runs high on who will win Mandya

These are the conversations concentrated at the traditional Arali Katte, barber shops, hotels, street corners and tea stalls in Mandya now. With over one month to go for the results to be declared for Mandya Parliamentary Constituency along with other seats, Sumalatha Ambarish and Nikhil Kumaraswamy are desperately pinning hopes of their success. Parallelly, betting is running high, predicting the winning chances of both the candidates.

Record percentage of votes in Mandya (80.23 percent) has reportedly left many political bigwigs in the State worrying. Whether it is for ‘Swabhimana’ (self respect) as advocated by Independent candidate Sumalatha during her election campaign or will it be for ‘Abhimana’ (pride) and ‘Abhivruddhi’ (development) as canvassed by Congress-JD(S) candidate Nikhil Kumaraswamy will be known only on May 23, the counting day.

Punters have a field-day

Betting began soon after the election campaign concluded and as it is done in a shady manner, even the Police have no clue how punters work and how villagers are pooling in their money to make a fast buck predicting the winning horse. Villagers have pledged oxen, autorickshaws, bullock carts, sheep, poultry, cash, tractors, bikes, agricultural land and even gold ornaments for betting.

Villagers say punters from Maddur, Mandya town, K.R. Pet, Nagamangala, Malavalli and surrounding areas have been betting huge amounts on the parties and nominees. Money ranges from Rs. 100 to Rs. 10,000 and as the counting dates near, the stakes will be high and will run into crores of rupees.

A resident of Maddur, who did not want to be identified, said that he has bet Rs. 5 lakh on Sumalatha’s win. Not only this, he has also paid another Rs. 1 lakh as he is confident of her victory by a margin of one lakh votes.

Punters, who have observed the poll strategy of candidates, polling percentage and the post-election situation, are engaged in discussing on their winning chances and are betting huge amounts on their favourites. Interestingly, punters from Bengaluru, Mysuru and other parts are visiting Mandya to know the ground reality in order to bet.

This election, punters expect caste equations to play an important role, which can still swing votes, said a source. Another person dealing in election speculation said traders and farmers and women also have potential to swing votes.

This time, even as punters are confident of their candidate’s success in the elections, silence among women voters is creating tension among them. Notably this time the Constituency witnessed a huge turnout for women which can swing in either ways — Swabhimana or Abhimana. While punters favouring Nikhil are saying that he will win with a margin of one lakh, bookies who are supporting Sumalatha are confident that she will win by a huge margin of over 2 lakh votes.

“There are many landlords and businessmen in Mandya and betting has become a   favourite pastime for wealthy people in this region. We are expecting a huge amount — that can run up to crores of rupees — this time with the competition between Nikhil and Sumalatha.

The results will have a direct bearing on the survival of the Coalition Government in Karnataka and that is why it will be a ‘river of money’ in the betting industry,” said a bookie.

“It is a cash business. I would wait for a few more days to go for higher stakes on candidates,” said another punter on condition of anonymity. Interestingly, even before the results are out, Nikhil’s fans are posing for photos holding a board where “Nikhil K. Member of Parliament, Mandya” is written. The photos have been posted in the JD(S) Facebook page and in various social media platforms. Not to lag behind, even Sumalatha’s supporters have created such boards and have written “Sumalatha Ambarish, Member of Parliament, Mandya.”