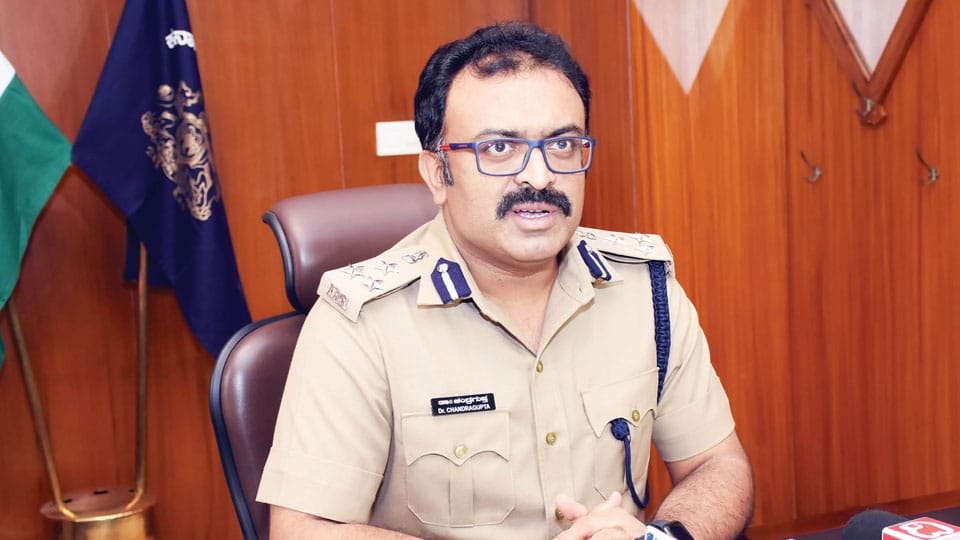 Beware of conmen luring you to send money to receive gifts

Mysore/Mysuru: Cases of conmen calling and asking you to remit money to receive gifts are increasing in city and City Police Commissioner Dr. Chandragupta has cautioned the public to be careful with such calls from fraudsters.

Fraudsters, who create fake online profiles on social media and online matrimonial websites, befriend innocent people and later call them telling that they have received costly gifts and they have to remit money to receive the gifts. Once the money is deposited or transferred to the bank account, the fraudsters switch off their phones and thus cheat innocent people, said the City Police Chief.

Some fraudsters create fake profiles in matrimonial websites stating that they are working in a reputed company abroad and earning a handsome salary. They then contact prospective brides and grooms on WhatsApp and chat with them taking them into confidence and express their desire to marry, Dr. Chandragupta said and added that then the fraudsters tell them that they are coming to India to meet them in person along with a costly gift or will state that they are sending a costly gift to them and will also send a fake invoice pertaining to the gift via e-mail besides sharing a fake tracking ID.

Later, the victims will receive a call and the caller, who either speaks in Hindi or English, identify themselves as Customs, Airport, Security, IT, RBI, Clearance or Anti-Terrorist Cell Officers and make the victims transfer money to various bank accounts and cheat innocent people, he said.

In some cases, when victims ask for a refund, the fraudsters try to extort more money as processing fee, GST, additional benefit charges, currency conversion charges, final settlement charges etc., the City Top Cop said and added that many such cases have been registered at city’s CEN Crime Police Station.

One should be very careful during online transactions. In case you get cheated in a similar manner, call 1930 immediately and lodge a complaint or log on to National Cyber Crime Reporting Portal (NCCRP) and file an online complaint. One can also lodge a complaint at CEN Police Station by visiting the Police Station in person or by calling Ph: 0821-2418598 or Mob: 94808-02263 and provide information.