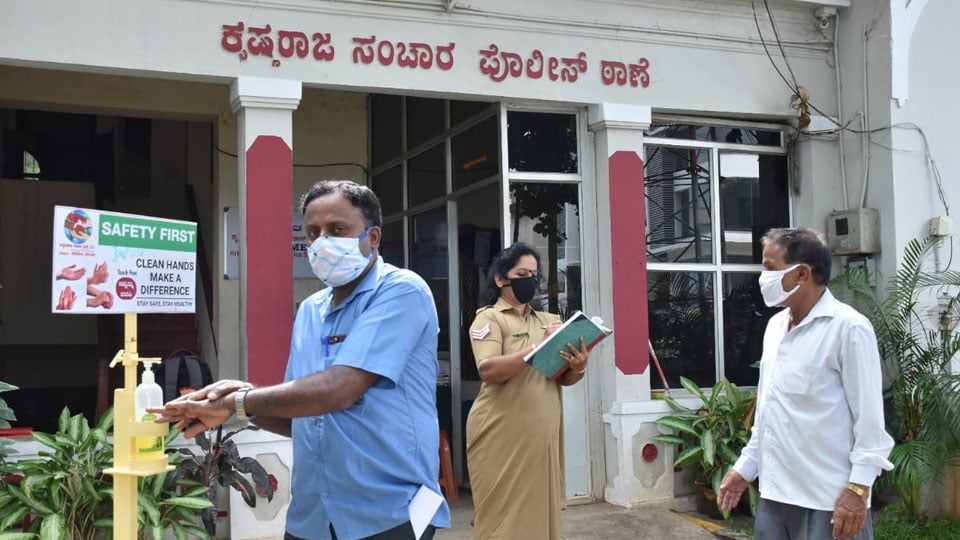 Scooterist gets wrong e-challan asking him to cough up Rs. 46,500

Mysore/Mysuru: As the crackdown against traffic and road safety violations has intensified, the enforcement authorities seem to have stumbled upon a new menace — using fake vehicle registration numbers to evade penalty.

The number of vehicles with illegal minor variations is alarmingly on the rise. What stands testimony to these circumstances is the surge in the number of wrong e-challans being served to people leaving them harrowed.

The Traffic Cops have asked citizens to report the duplicate number plates to local Police Stations so that they can initiate further action. The Krishnaraja (KR) Traffic Police have booked a person who owns a motorbike for faking the number plate of a scooter and have made him pay Rs. 46,500 as fine.

At first Mahadev thought that he had indeed violated traffic rules. But when he got a notice of Rs. 46,500, he was shocked and examined the notice carefully. He realised that the notice was actually issued to a Splendor bike. He realised that he never drove his scooter on the date and time of the stated offence.

He approached the Krishnaraja Police Station along with his scooter, the traffic challans and also the original registration papers of his vehicle. Perplexed, K.R. Inspector D. Manjunath began an investigation and found that Ejaz Pasha, a resident of Sunnadakeri, had a Splendor bike with KA-09-HU-4906 number plate instead of his allotted number KA-09-HV-4906. Ejaz Pasha and his vehicle were traced and he was summoned to the K.R. Traffic and was made to pay Rs. 46,500 that was originally e-challanned to Mahadev.

Meanwhile, the Traffic Police have asked the people to directly complain in case they received a wrong e-challan. Every day, they issue several hundreds of non-contact challans (e-challan) and sometimes mistakes do occur while keying in the number.

“Criminal cases are being registered against people who fake registration numbers and action is being initiated. If anyone brings to our notice about wrong challans being issued, we are resolving the issue after asking for evidence,”  Traffic officials said.

Issuing similar number plates to multiple vehicles by RTO is unlikely as all the processes are computerised. There is no manual interference in the process and hence, no question of a mistake.