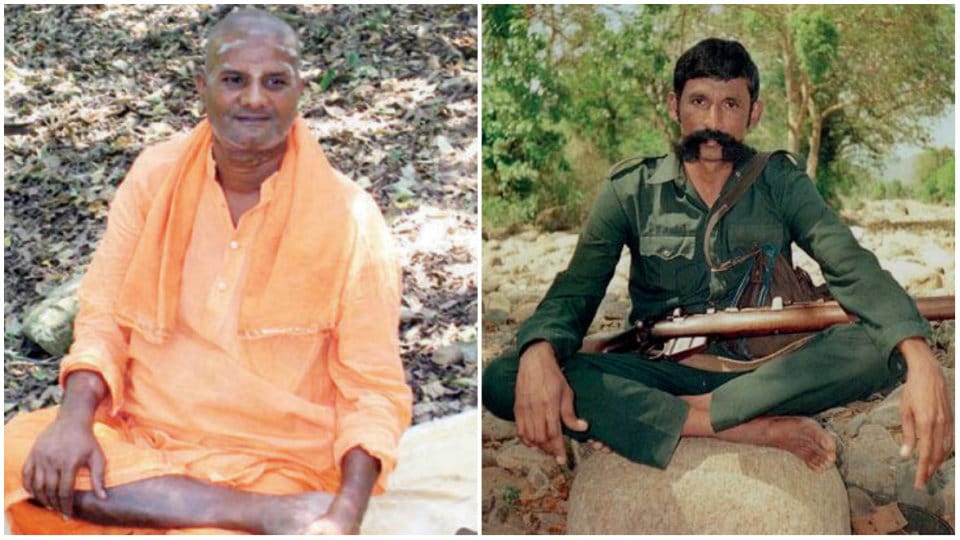 Kollegal:  Devotees of Salur Mutt in Chamarajanagar were known for helping the Special Task Force (STF) in tracking the movements of the forest brigand Veerappan. However, the latest incident where many of devotees were killed after consuming prasadam laced with poison, has put a black mark on the Mutt and its activities.

When the then Karnataka STF Chief Shankar Bidari came to Male Mahadeswara Hills in search of Veerappan, he got the information that there were a large number of devotees of Salur Mutt in the border areas of Karnataka and TN. He immediately visited Salur Mutt and sought cooperation from Senior Seer Vedabrahma Sri Guruswamy for information regarding Veerappan.

The Seer assured Bidari full cooperation and blessed him. He got the leaders among the devotees living in the border areas of Karnataka and TN to the Mutt and asked them to cooperate with the STF Chief. In light of this, Bidari started receiving concrete information on the movements of the forest brigand. Many of the devotees of Salur Mutt turned informants for Bidari-led STF. Hence, he was successful in his operations as he was able to reduce hundreds of aides of Veerappan to just five. This is how Salur Mutt had played its role in capturing the brigand.

However, the recent Sulwadi Maramma Temple tragedy has forever besmirched the good name the Salur Mutt had earned, said one of the STF retired officer speaking to Star of Mysore.

While the senior Seer had cooperated in curtailing the movements of the brigand, the junior Seer himself turned out to be a murderer bringing a bad name to the Mutt, he said in a voice filled with pain.