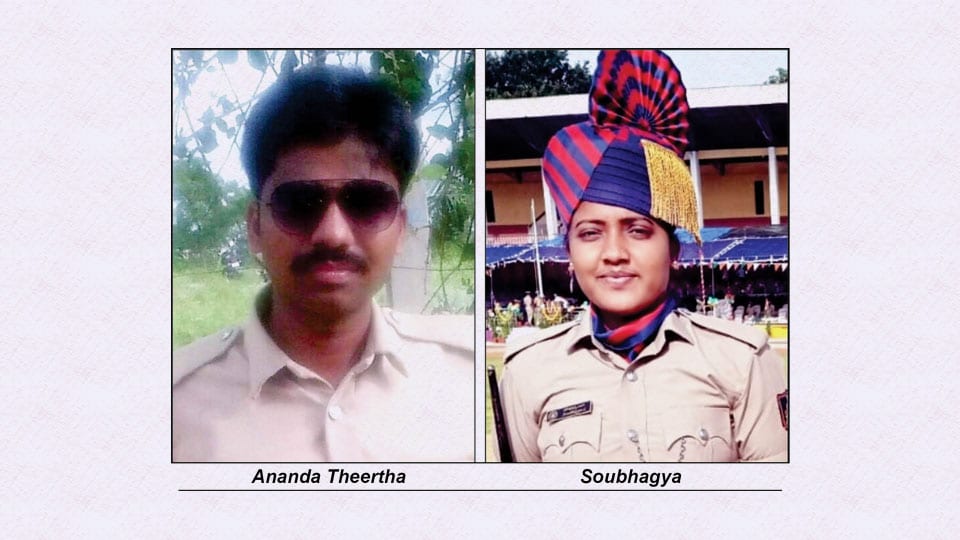 Hunsur: At a time when Policemen and medicos are playing a vital role in combating the Coronavirus, two Civil Police Constables have decided to postpone their wedding to take part in the society’s fight against the pandemic.

Ananda Theertha, a native of Hunsur, has been working in Hunsur Station since the last five years and Soubhagya is a native of D. Karehalli in Kadur Taluk of Chikkamagaluru District. They were to get married on May 23 at a choultry in Hunsur and had even applied for leave. But in the wake of COVID-19 crisis and as both were in the frontline of duty, they decided to put off their wedding and subsequently cancelled their leaves.

Earlier too, both the families had planned to conduct the marriage as a low-key affair in the presence of limited guests. But finally had to adhere to the pressure of the bride and groom and put off the wedding to a later date.

Ananda Theertha usually is on the field checking vehicles violating lockdown rules. He had told his colleagues that they cannot give importance to their personal matters always. “We took the right decision and also, if we take leave now at this critical juncture, the pressure on other staff would increase. So I thought we should not forget our commitment to the society at this crucial time,” he told his colleagues.

His colleagues say he postponed the wedding as he felt the time was not appropriate. He convinced his wife-to-be Soubhagya and both families agreed to delay the wedding.