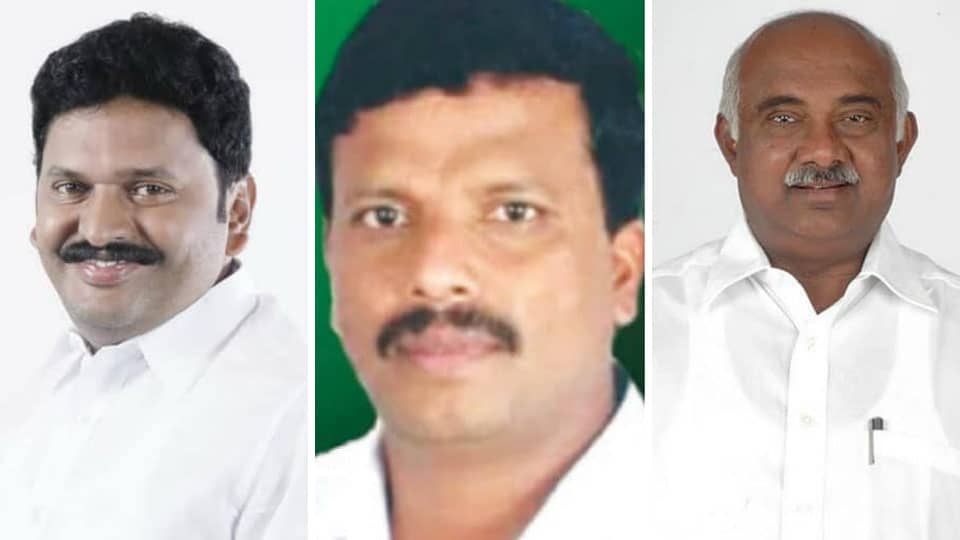 Bengaluru: The public campaigning for 15 Assembly segments of the State going to the by-polls tomorrow (Dec.5) drew to a close yesterday, with top guns of all the three major parties — BJP, Congress and JD(S) — making last ditch attempts to woo the voters.

The voting for Hunsur, K.R. Pet, Yeshwanthpur, K.R. Puram, Shivajinagar, Mahalaksmi Layout, Hoskote, Chikkaballapura, Yellapur, Vijayanagar-Hospet, Ranebennur, Hirekerur, Athani, Gokak and Kagwad Assembly constituencies will take place between 7 am and 6 pm tomorrow and the counting of votes will be taken up on Dec.9.

With public campaigning having ended yesterday, all the candidates contesting the polls are taking out a brisk door-to-door campaigning today in order to reach out to the voters at the last minute.

Meanwhile, with just a day to go for the crucial by-polls, the ruling BJP and the Opposition Congress and JD(S) are making their own calculations on the number of seats that they would win.

While the BJP hopes to win a majority of the seats and boost its number in the Assembly, the Congress and JD(S) are hoping to turn the tables on the BJP by winning more seats.

The State Government has declared a paid public holiday tomorrow in the limits of all the 15 Assembly constituencies going to the by-polls tomorrow.

Counting of votes on Dec.9

The counting of votes for the 15 Assembly segments going to the by-polls tomorrow, will be taken up at eleven centres in their respective headquarters at 8 am on Dec.9.