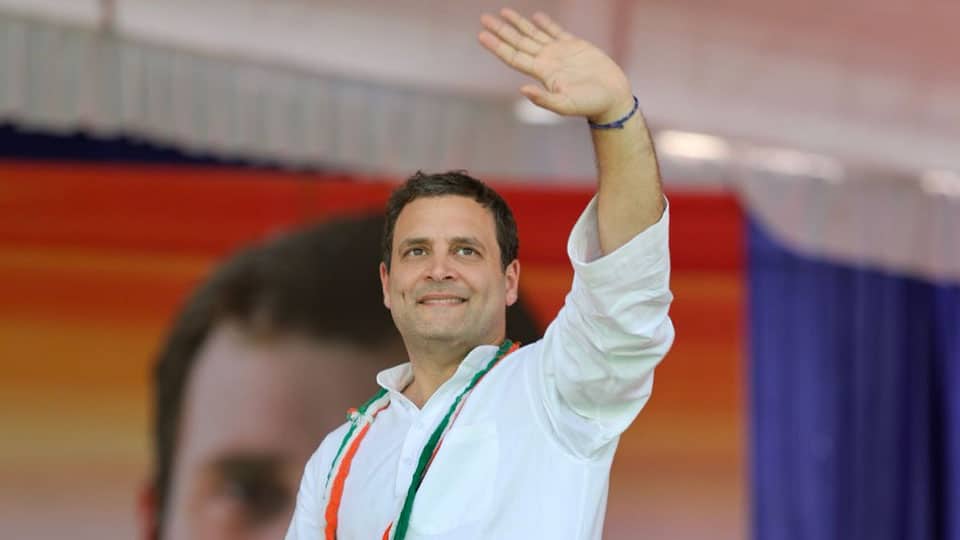 Can Congress stop working for Bjp?

Some of our regional languages have a wisdom saying that goes: “Dad, don’t keep beating me.  I won’t improve.” The current equivalent of that wisdom is: “Fellow citizens, don’t prefer this party over that.  All are stuck in the same rut of opportunism.”  For a democracy, this is a tragic situation. But facts are facts, tragic or otherwise.

Prashant Kishore thinks he can change this. Out of a scenario of cynicism, this man has emerged as a game-changer.  He has changed the game here and there, adding to his rather mystic appeal.  Whether it is good for the country or  not, there are political groups that thinks that this is an operator who can spring a magic or two for them.

He does look different from the run-of-the-mill politician.  In fact, he doesn’t look like a politician at all, although politics is his basic game.  He has worked enough magic to ask for what has always been considered impossible, namely, freedom to do things on his own.  How can a BJP man do things without the approval of Modiji?  How can a Congressman do things without the approval of Rahulji?

Everybody knows that the Congress needs updating. It is condemned to the historical reality that it was founded, not by Gandhi or Nehru or Patel or Bose, but by a British ICS Officer named A.O. Hume.  This Englishman stayed as the General Secretary of the Congress for its first 22 years.

With a background like that, the Congress probably has a built-in capacity to absorb strength from unexpected sources. Prashant Kishore could have been one such source.  But Congressmen are suspicious of “outsiders.”  After all, who is this guy and why is he showing unusual interest in the Congress? Good Congressmen felt that he had ulterior motives that were not honourable.

But there were other Congressmen who believed that good advice should be accepted even if it came from the devil.  They went to the extent of inviting him to join the party’s Empowered Committee and look after its preparation to fight the elections.  This was in defiance of the group of leaders who tried to keep Kishore away from the party.

Speculations centred round Kishore’s desire to be a power centre in his own right and the unwillingness of other leaders to agree to this. Given the circumstances in which Kishore become a centre of attraction, it was unlikely that he would agree to be just a member of the crowd.  He had gained a measure of credibility as a strategist and he achieved it as a solitary operator. It was unrealistic to expect him to give up that “distinction” and become just another camp follower.

More than half a dozen times, Congress leaders had held serious discussions with Kishore.  Apparently he demanded the position of Congress President’s Political Secretary or that of a Vice-President of the party.  This must have been one reason for his not making any progress inside the party.  Rahul Gandhi was on record from early on that Kishore would not join his party.

A plan to rejuvenate the Congress was said to have been drawn up by Kishore and this was believed to be the basis on which the party was talking to him. As any re-building plan for the Congress would involve questions about Rahul Gandhi’s ultra-super position in the party, the Gandhi family was not terribly enthusiastic.  When the Gandhis are not terribly enthusiastic, what can non-Gandhis do?

Several Congress leaders were of the opinion that Kishore’s proposals should be seriously discussed.  But Congress as a body chose to ignore the whole thing.  Kishore became The Odd Man Out.              Indeed, it can be said that Kishore achieved his unusual position as a policy thinker by making proposals that ignored the holy status Congressmen usually give to the Gandhi family.  That also explained why he got nowhere.

Ultimately, it is that holy status of the premier family that is weakening the Congress.  Sonia and Rahul should have noticed that when the G-23 sent them a “Letter of Dissent” two years ago. These were completely loyal Congressmen such as Shashi Tharoor and Manish Tewari and they asked for “sweeping changes” within the party for survival’s sake.  Nothing more was heard of it; ignoring the veterans was typical Congress tactic.  So is leaving unsolved issues unsolved.

Don’t dismiss it lightly if you hear someone saying that the Congress is working for the BJP.  Nothing is impossible when politicians lose their sense of direction and act like characters in “The Wizard of Oz” —  Tin Man looking for a heart and a Cowardly Lion looking for some courage.

6 COMMENTS ON THIS POST To “Can Congress stop working for Bjp?”