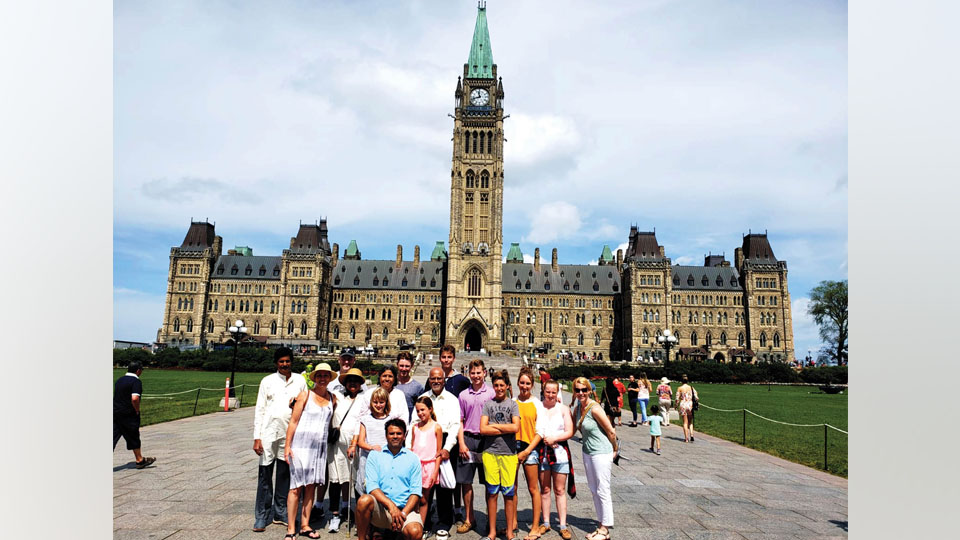 This was our sixth visit to Canada, the last one being exactly in Sept.2009, to our son and family who lives in Burlington close on the way to the world famous Niagara Falls. We were not able to visit places across this vast country during our earlier visits except spending some quality time with our two little (then) grand daughters.

This time our son planned to take us (me and my wife; my co-brother and wife too had accompanied) all around Canada which is the world’s second largest country with a population of 3.55 crore — half of our Karnataka (6.77 crore). This should be kept in mind when we compare the quality of life of people between our two countries, India having a population of nearly 1.3 billion. 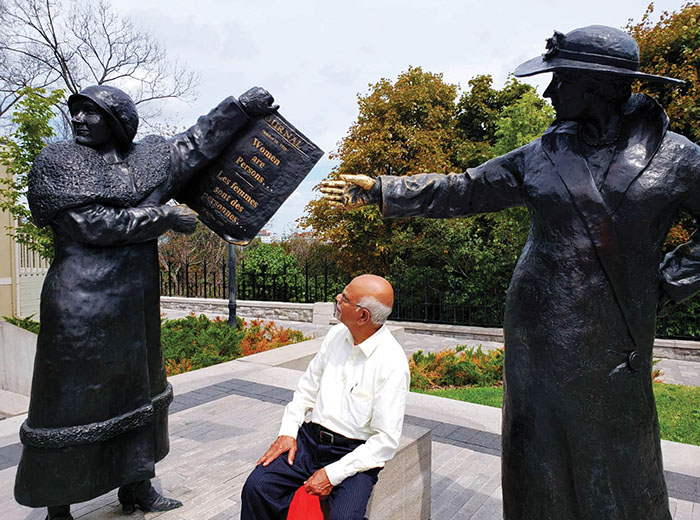 The sculptures of two women are erected in the large adjoining area of the Parliament. It shows how women were not given equal status and then how they fought for it holding a replica of a Journal which states: Women also are PERSONS.

Visit to the Parliament of Canada comes first in my mind. It is the Federal Legislature of Canada seated on Parliament Hill, an imposing 90-year-old tall structure, in Ottawa, the national capital. Interesting to note it consists of the Canadian Monarch (still the Queen of England) represented by a Viceroy, the Governor General and Upper House called the Senate and a Lower House known as House of Commons.

The visit is by tickets with a guided tour in small groups limited to four or five batches allotting time to wait for their turn. Of course, when the Parliament was not in session. To our luck it was a free day by passes as it was French Day and the briefings were in French by the guide. Anyway, going round the entire House was a different experience. The Library of the Parliament, indeed, attracts visitors. 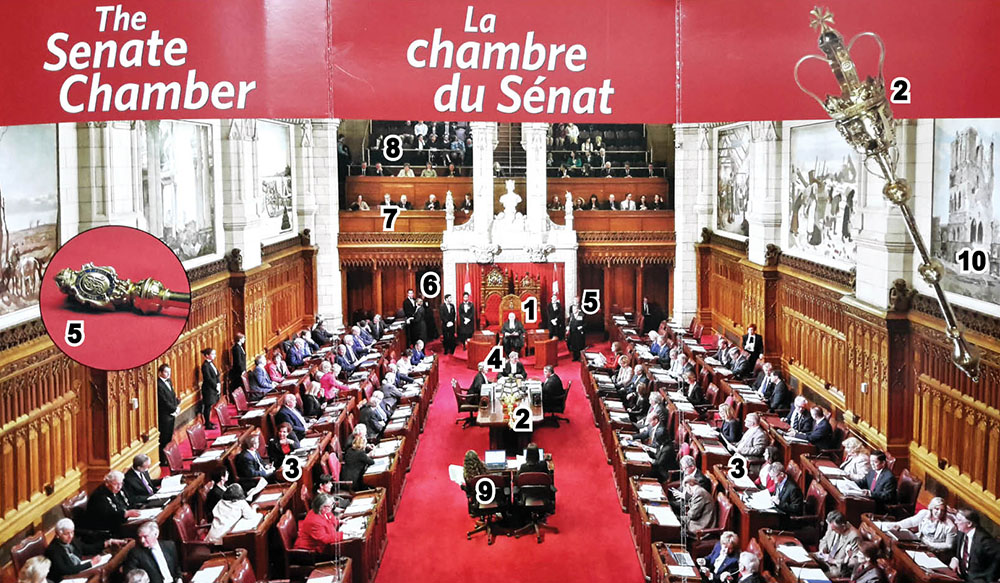 This photo is the Senate in Session. They are numbered. Important No.1 is Speaker. No.2 is the striking object Mace, which symbolises the Senate’s authority and when the Senate is sitting, it rests on the table pointing towards the Thrones. And No.3 on either side are Senators. Most notable No.6 depicted as Pages who are University students from across Canada, hired to provide support and assistance to Senators in the Chamber and in Committee Meetings. No.7 Press Gallery and 8 Public Gallery. The House of Commons is very similar to Senate. Another thing is one can find translation of French along with English as French is given equal status with English in Canada.

I was curious to know about the formalities to visit our Parliament, of course, when it is not in Session. The website states: First to obtain an introduction letter from a Member of Parliament and submit to its Secretariat, who in turn sends it for Police verification of the jurisdiction of the visitor and so on !!! How strange it looks and who waits – where? The reason given: STRICT SECURITY, no further explanation !!!

Some more in my next.

2 COMMENTS ON THIS POST To “CANADA Calling: Canadian Parliament welcomes visitors, but our Parliament ?”