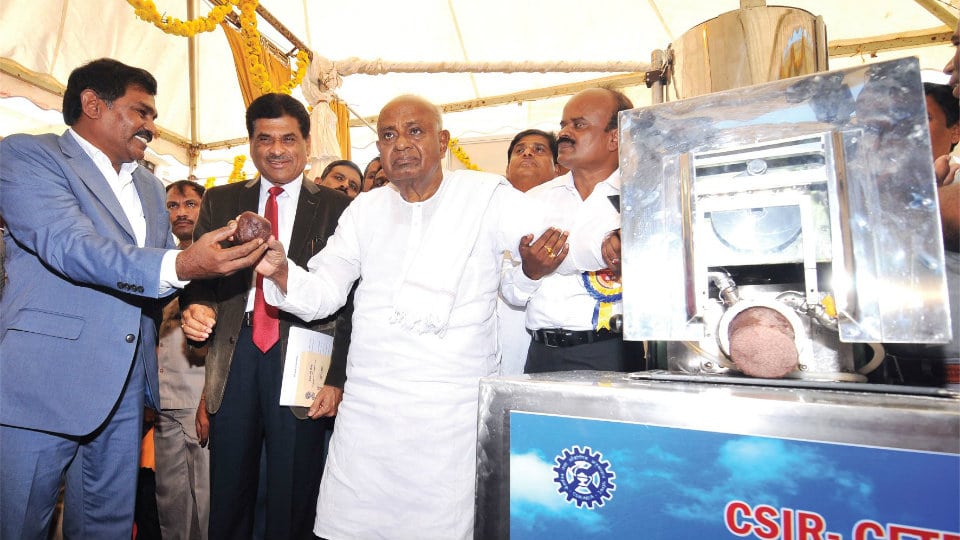 Mysuru:  Former Prime Minister H.D. Deve Gowda was surprised and overwhelmed to see the humble ragi mudde, introduced by him as an international cuisine when he was the Prime Minister, right in front of him at the food research institute with international reputation. He could not help but immediately roll the mudde into small balls, dip it into the curry and swallow it.

This was the scene yesterday afternoon at the Central Food Technological Research Institute (CFTRI) in city, where he inaugurated the ragi mudde making machine manufactured by CSIR-CFTRI. Each machine can discharge 250 muddes weighing 200 to 250 grams in just one hour. Appreciating the efforts of CFTRI for this initiative, he said, after tasting the mudde, “This is a good effort on the part of CFTRI to come out with a machine that can discharge muddes in such huge quantities. This will help people to prepare more muddes quickly.”

What is so special about ragi mudde? Because it is both delicious and nutritious. 72 percent of ragi flour by weight is carbohydrates, it’s rich in proteins, vitamin B6, calcium, iron, potassium, magnesium, zinc, folic acid and amino acid methionine. Its fat percentage is low at 1.3, and its protein proportion is almost as that of wheat. 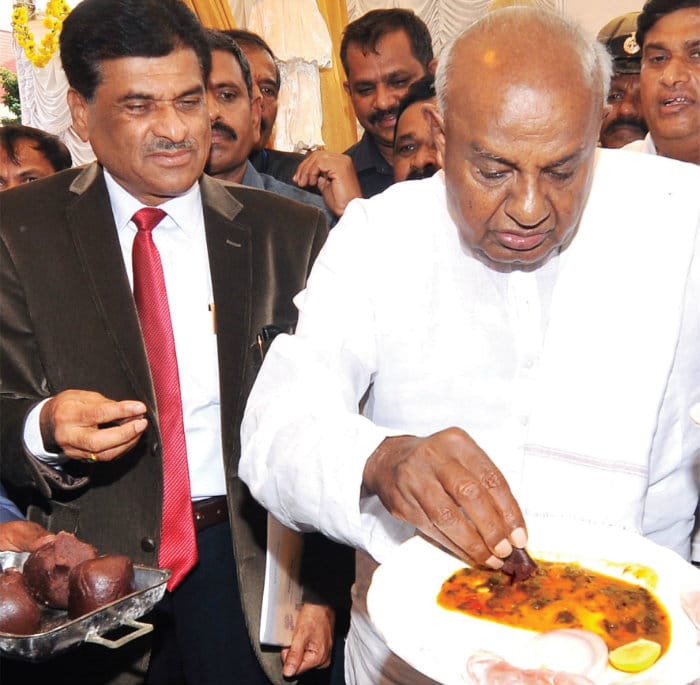 CFTRI Director Prof. Ram Rajasekharan, speaking to Star of Mysore, said there are plans to improvise the mudde machine. “If the mudde instead of being made into a ball is broken then the steam cooking will be more effective,” he said.

“Before coming out with a conceptual design we had visited Suttur Mutt, Mysore Central Jail and a few other places to see how mudde was being prepared in large quantities and how hygienic was the preparation. We were not convinced about the hygienic conditions. Hence, we wondered why we should not come out with our own design,” said Senior Principal Scientist  V. D. Nagaraj speaking to SOM.

He said that before designing it for commercial production, he presented the project to the Department of Science and Technology and once the approval was given, he fabricated the machine using stainless steel. Each machine will cost between Rs. 3 lakh and Rs 3.5 lakh. It is a fully automated machine and nothing will be touched by hand. 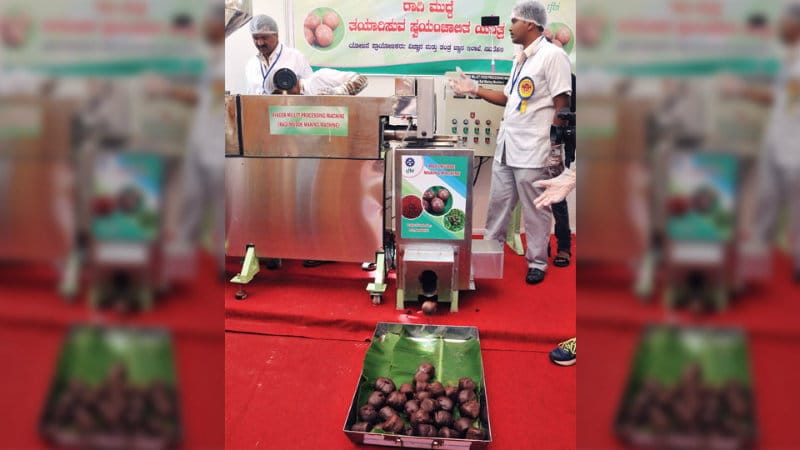 “It is 6 ft. in height and 3 ft. wide and can fit into any nook of a big hotel kitchen or a factory canteen,” he said and added, “TVS company has already approached us and they wanted the machine within a week. However, we have a few formalities to be completed before we release the design into the market.”