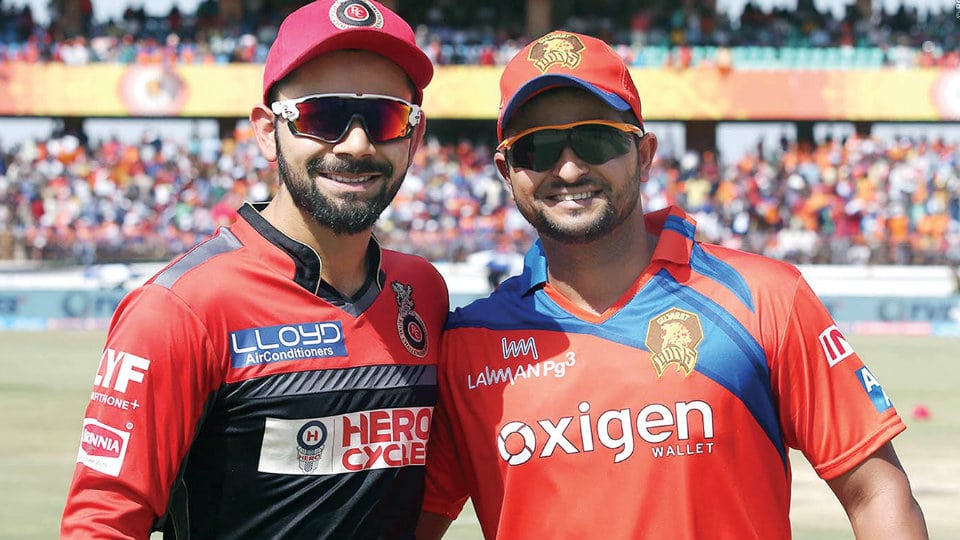 Challengers look for salvation at home

Virat Kohli and Suresh Raina, two of India’s most prolific T20 cricketers, will be seen in action when their respective teams, Royal Challengers Bangalore and Gujarat Lions, come up against each other at the M. Chinnaswamy Stadium today.

RCB are precariously placed; they have only two wins from their eight league matches, and have one additional point from Tuesday’s washed out match against Sunrisers Hyderabad. RCB cannot afford any more slipups. If one were to go by last season’s standings, when KKR made the top four with 16 points, then RCB need to each of their remaining six matches to stand a chance of making it to the Playoffs. RCB have their backs to the wall and there is just one way for them to approach the rest of the matches, treat every match as a knockout clash.

The fortunes of Gujarat Lions, who lost to Kings XI Punjabin their most-recent match, are not too different to that of their opponents. The Suresh Raina-led side currently occupy the floor of the standings with two wins from seven matches. They will need to win at least six of their remaining seven matches to stay in contention for a playoff spot. The lack of teeth and the lack of control in the bowling attack is an area that the Lions management will need to address urgently; the Lions have the poorest economy rate of all teams and have picked up the fewest wickets this season, and that is an area that needs drastic improvement, and immediately. The Lions have lost the services of T20s highest wicket-taker Dwayne Bravo after the Trinidadian withdrew from the competition; the team has signed up the all-rounder Irfan Pathan as replacement, and it will be interesting to see if the team management tap into his experience immediately.

Given how much is riding on this match, both teams will want their big guns to turn up and get a big one. RCB need at least one of Virat Kohli, Chris Gayle or AB de Villiers to get a huge score, while the Lions will hope one of Brendon McCullum or Suresh Raina can cause plenty of damage with the bat. On the bowling front, keep an eye on the two leg-spinners in the RCB ranks— Yuzvendra Chahal and Samuel Badree. [Courtesy: Internet]