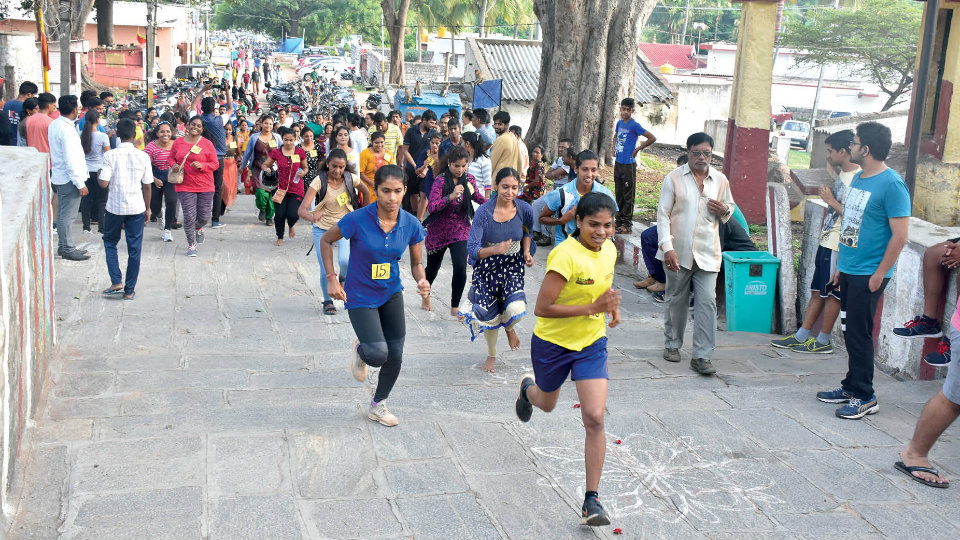 Mysore: Over 120 members of Abhyudaya Mahila Samaja of J.P. Nagar and other women took part in the Chamundi Hill Steps Climbing Competition, organised as part of the Sangha’s silver jubilee celebrations in city this morning.  The participants were categorised into different batches — 21 to 30 years, 31 to 40 years and 41 years and above.

Though a majority of the participants completed the event by climbing all the 1,008 steps, a few descended after reaching Nandi statue situated after 650 steps.

In the 21 to 30 year category, National Athlete Thippavva Sannakki of South Western Railways, who reached the hill top in 13 minutes,  stood first.

The Foundation also gave Rs. 500 each to 55- year- old Leela Vishwanath and Chennamma for climbing the 1008 steps slowly after taking one- and- half hours.