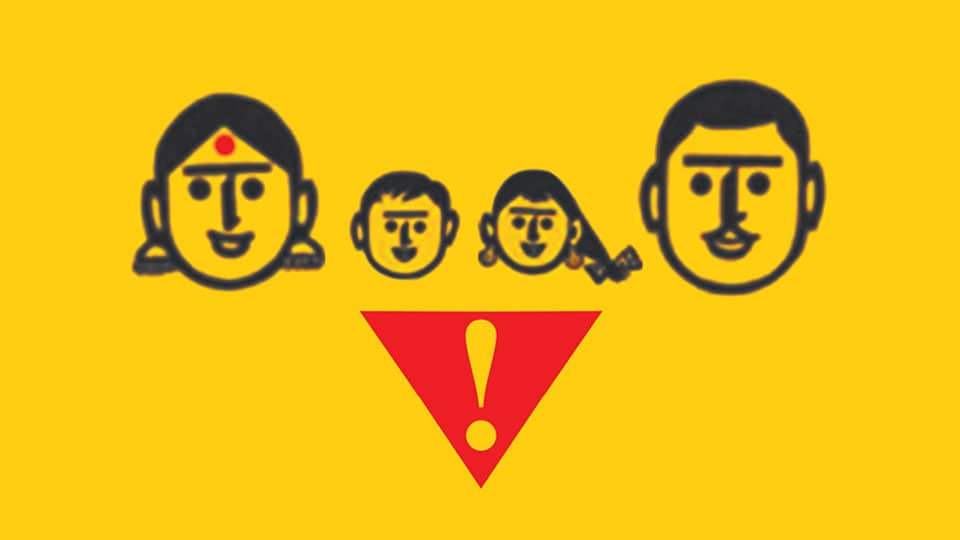 Prime Minister Narendra Modi gave his customary Independence Day speech on Aug. 15 and there were no surprise announcements. But what surprised many is that the PM’s sharpest critic, senior Congress leader P. Chidambaram, praising it !

Chidambaram said, “All of us must welcome three announcements made by the Prime Minister on I-Day. Small family is a patriotic duty, respect wealth creators and shun single-use plastic.”  Most Indians today are inclined to the idea that you are Indian first, but is having a small family an act of patriotism? It could be.

For a long time we have heard of the famous family planning slogan “Hum Do, Hamare Do.” Unfortunately, Sanjay Gandhi’s forceful and badly promoted ‘Nasbandi’ programme put an end to the traction that family planning was gaining in the mid-70s.

Now, the Prime Minister has tried to push population control plunking it on the back of patriotism. We hope it works. We also hope it silences people like Sakshi Maharaj, the BJP MP who had suggested a new slogan for Hindu women — ‘Hum Do, Hamare 4.’ In 2015, he called out to Hindu women to have four children — one to work for the nation, one to protect the borders, one to serve the parents and one to join the VHP.

Early this year, Baba Ramdev had suggested that the third child should not get voting rights. Well, what fault is it of the child, why punish a child who had no choice in his/her birth?

The fact is that, 12 States in India already have the two-child policy in place which states that anyone who has more than two children cannot be elected or nominated to the Gram Panchayat and other local bodies or Government jobs. This is part of the country’s National Population Policy that aims to stabilise India’s population by 2045.

Now, the most disappointing response to the PM’s call for ‘small families’ came from All India Majlis-e-Ittehadul Muslimeen chief Asaduddin Owaisi, who termed the PM’s request as being ‘discarded’ and ‘intrusive’. I suppose he felt a little guilty as he has six children. But also it’s quite likely that he thought the PM was targeting Muslims when he spoke of small families.

May be Owaisi should read the National Sample Survey Office (NSSO) Labour Force Survey Report 2018 which clearly states that the economic condition of Muslims does not show any signs of improvement despite India being the fastest-growing large economy. Why is that?

When you have a big family and not enough financial strength, the first thing to go out of the window is education. Illiteracy and low levels of education ensure that people are trapped in a vicious circle of poverty. Inadequate education is not just common amongst Muslims; it is to be found in low income – large families cutting across religious and caste lines. But Muslims in urban India have it harder compared to others.

Leaders who proclaim to safeguard the interest of Muslims need to know that in urban areas, the number of male Muslim post-graduates is as low as 15 per 1,000. This number is about four times lower than that of other communities.

Why is this? Too many mouths to feed, too many employed in low-income jobs and too many being educated in institutions that are not in tune with the new economy. When will the community leaders address this?

It is unfortunate that people like Sakshi Maharaj and Owaisi don’t seem to realise that population is not a Muslim problem or a Hindu problem. It is an Indian problem. It is a problem of sustenance. It is the question of, can India handle a bigger population? It is a question of, can India produce enough food and jobs for them? It is a question of, can India subsidise education and healthcare for so many? And the big question is, does India even have enough water for everyone in the coming years? It is unfortunate that men like Owaisi and Sakshi Maharaj are more interested in increasing vote bank without much consideration of how to support that vote bank explosion.

What the PM said is true and there is evidence. Small families with fixed income have managed to provide better nutrition, attention and education for their children and over time have successfully managed to fall into the slipstream of prosperity.

Yes, we may be told that if Ramesh Tendulkar had stopped at three down, we would never have had Sachin Tendulkar. If senior Modi heeded to his own son’s advice and stopped at two, Modi wouldn’t be here to advice.

But before you run onto the pitch and start batting, please remember everyone cannot produce a Sachin Tendulkar. And every third child may not turn out to be Modi and not every first child will be a Rahul. It just boils down to the slogan:  “Chhota Parivar Sukhi Parivar.” And probably a “Sukhi Desh.”