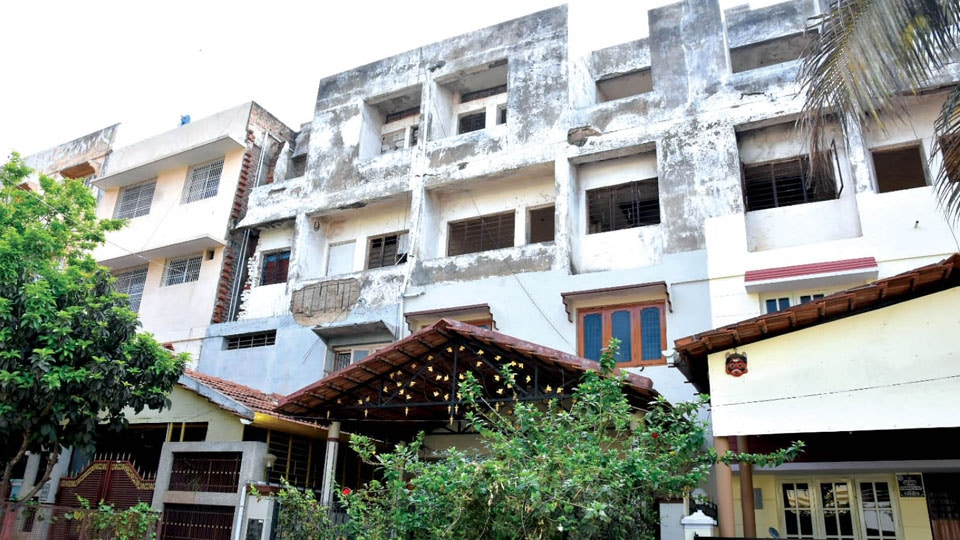 208 houses built by CITB not distributed; 441 houses distributed then not occupied

If Mysuru Urban Development Authority (MUDA), previously known as City Improvement Trust Board (CITB), distributing just 50,445 sites in over five decades comes as a surprise to many, it has to be noted that many pro-people programmes launched by the CITB were discontinued by MUDA for reasons best known to the people who head the Urban Authority, whose sole aim is to distribute sites and houses.

The CITB was established with the vision of the then Maharaja Nalwadi Krishnaraja Wadiyar who believed in distributing some assets to the have-nots (poor and people who can’t afford to buy land) and bring them to the mainstream of the society.

Taking forward the Maharaja’s vision, the CITB had distributed houses for thousands of people belonging to the weaker sections of the society and only took nominal amount from them. After distributing the houses, the CITB created infrastructure and facilities like parks, underground drainage, drinking water, electricity and other civic amenities to make the areas liveable and more attractive.

Thousands of homeless and middle-class people were identified and brought to such layouts and they were convinced to stay in the areas. Many layouts and houses that were built then are selling at the price of gold now and at present, people can’t even afford rent in such areas. Those areas now have grown into posh localities.

The year 1986-87 was declared as International Housing Year and CITB launched many pro-people programmes including schemes like HUDCO (Housing and Urban Development Corporation) and Own Your House (OYH) scheme. Over 12,145 houses were constructed under HUDCO and OYH schemes and of them, 441 houses have remained unoccupied even now. Also, surprisingly, 208 houses have not even been sanctioned under a project that was launched in 1986-87.

But apart from 119 LIG houses and 172 EWS houses (total 291) that were constructed using the loans granted by the Banks, no other housing scheme was launched by MUDA. Over 441 houses are still not occupied by owners and as such, the houses resemble haunted houses with doors and windows removed by miscreants due to years of neglect. Such houses can be found in Vijayanagar 3rd Stage.

If 441 houses have not been occupied, the MUDA has failed to distribute 208 houses that were built under HUDCO and OYH schemes. Lakhs of rupees have been spent to build these houses and the money has now gone under the drain. This one example is sufficient enough to portray the promptness and the way of functioning of MUDA officials and elected representatives.

Like CITB, MUDA has a provision to build housing complexes and hand over to thousands of applicants who are waiting for a house or a site for years. But MUDA has completely forgotten its duties and has not even bothered to take some steps to find ways and means to implement those provisions.

Even the much ambitious ‘Affordable Housing Scheme’ floated by MUDA has not been cleared by the Government. If this project gets a green signal, MUDA plans to build 12-storey group houses in Vijayanagar 2nd Stage, Dattagalli, Ramakrishnanagar and Lalithadripura.

Of late, MUDA is facing severe shortage of land and people have accused it of failing on its basic function — to identify and provide land for residents of Mysuru. There are more than one-and-a-half lakh pending applications from site aspirants since the last 30 years and the number of applicants has only increased. So far, MUDA has been able to complete the process of allotting land at R.T. Nagar and Lalithadrinagar 2nd Stage that were proposed 15 years back, in December 2017.

“Earlier, elected representatives had service as their motto and even the officials used to respond to their feelings. And there were not much of legal hurdles. Now the officials are pro-politicians instead of being pro-people. And even all the present laws benefit only the politicians and officials. That’s why the basic dream of people to own a site or a house is not realised,” he regretted.

‘Now officials are pro-politicians instead of being pro-people’

CITB was pro-people and all its laws and regulations were intended to provide housing to the poor and the needy. That is why CITB was able to distribute thousands of houses and many layouts that were created then have become posh layouts now, said former CITB Chairman and ex-MLC D. Madegowda, who is known as ‘Mane Madegowda.’  Madegowda was instrumental in distributing over 7,000 houses in Hebbal, Sharadadevinagar, Ramakrishnanagar, Vivekanandanagar, Aravindanagar, Kyathamaranahalli, Sathagalli, Dattagalli and Rajivnagar.