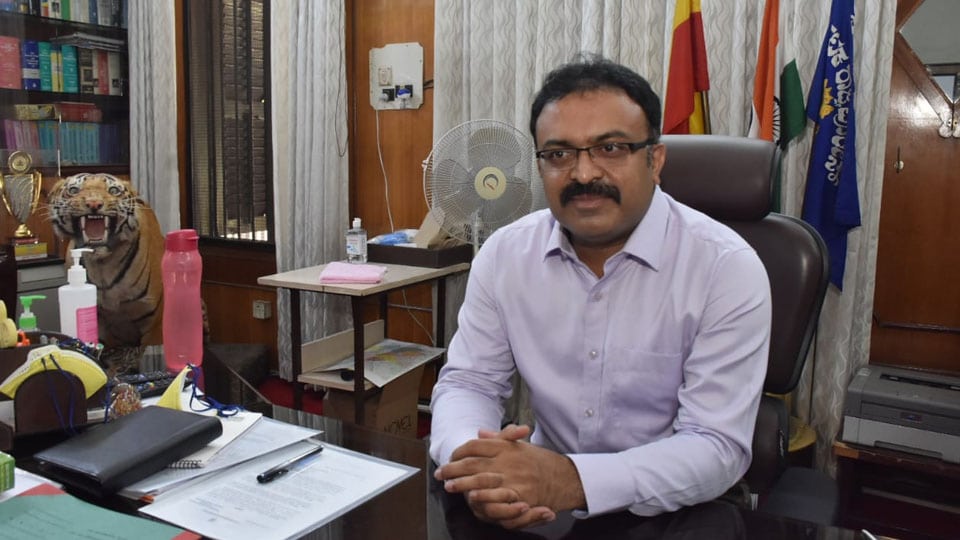 Mysore/Mysuru: After months of creating awareness and educating public on wearing of face masks and subsequently penalising people for not wearing masks in public spaces, the City Police have now switched on to sensitising citizens on the importance of ‘COVID-19 appropriate’ behaviour to keep the infection at bay.

Noting that people are seen violating COVID-19 norms knowingly or unknowingly while taking part in religious and public programmes, he said that the Police  have been observing that apart from people’s representatives, political leaders and others, the officials too are eager to get themselves photographed in the events they participate. In such a scenario, it is but natural for photographers and videographers to ask all the guests on the stage to come closer for photographs or video shooting. Such photographs and videos are often telecast in the media and the people who look at them often tend to believe that it is nothing wrong.

Besides such actions may inspire the public to follow them, which is a dangerous trend, considering the rampant spread of the virus. In such a scenario, it is important for the media to educate the public on strictly following COVID protocol announced by the Government, the Commissioner said.

Asserting that the media and newspapers have been extending full co-operation for stopping the spread of the virus, Dr. Chandragupta said that the Police Department has sought continued co-operation from the media and has come up with certain suggestions in this regard, which are as follows:

* Stopping photographers and videographers from covering events where people who gather in large numbers and do not follow COVID-19 norms.

* Not to encourage taking of photographs or videos of political, social or religious events where people tend to get themselves photographed, without caring for safety norms. As part of an effort to maintain COVID appropriate behaviour among  the gathering, the photographers and videographers must strictly stick on to ‘No social distance – No Photo, No Video policy’ as such a move will largely help in making the people realise the importance of following COVID -19 norms.