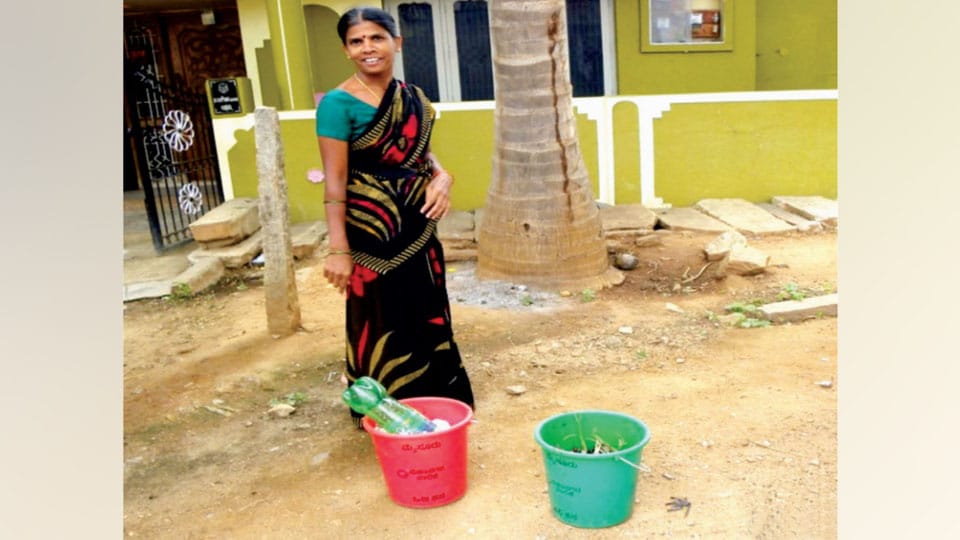 Mysuru: The District Administration is going all out to see that the city regains its top spot in the Swachh Bharat Abhiyan, as the Cleanest City in the country. Deputy Commissioner D. Randeep has directed officials of the Mysuru City Corporation (MCC) to take necessary steps by this month by setting up Residents Welfare Associations and Eco Clubs to participate in cleanliness campaigns.

He was in a discussion about the issue with MCC Ward Parliament Committee President and former MLC D. Madegowda, Vice-President Nagapathy, Clean Mysore’s Venkatesh and Madhukesh at the Government Guest House, here on Nov.10, amidst a review meeting of development works.

The DC directed officials to complete all the preparations for the Swachh survey. Last time, the city was relegated to the fifth spot as it had not concentrated on the public reaction, use of Swachhata App and reaching the target of construction of toilets. Hence, already 424 toilets have been constructed and another 83 are left. Efforts are on to activate Solid Waste Management units in nine zones of Corporation. However, what is important is for people to participate in the Swachh survey, stressed Randeep.

Stressing on the importance of zero Solid Waste Management in Kumbarakoppal, Madegowda gave several other useful suggestions. Along with the five-member Swachhata Ambassadors, there should be NGOs in the nine zonal limits as ambassadors.

He said that a list of 16 organisations including Journalists Association, Advocates Assn., Traders Assn., Senior Citizens Forum, Theatre Owners Assn., had been prepared and discussions should be held with all these associations, seeking support by giving them responsibilities.

In every ward, Residents Welfare Association should be set up and Corporators must be appointed as Honorary Presidents. Eco Clubs near schools and colleges involving students should be initiated. These activities should be done on a war footing and completed by this month end, he said.

Then assistance must be taken from members of these clubs to distribute cleanliness awareness pamphlets to houses. Mobile phone numbers of citizens must be collected at the earliest for the survey. Importance must be given to see that solid waste management centres at all the nine zones are activated and the garbage collected in each zone is cleared there itself.

Hence, everyone in the city should strive hard to see that Mysuru regains its top spot by participating in the Swachhata Movement, said Madegowda.

MCC Commissioner G. Jagadeesha announced that ‘Mysooru Mithra’ and ‘Andolana,’ newspapers will be the ambassadors for disseminating information about the cleanliness campaign.