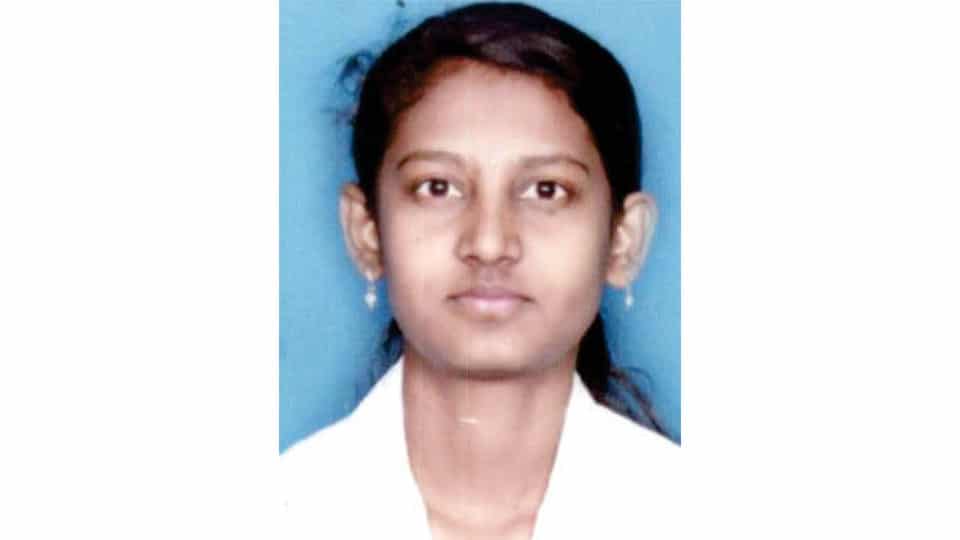 Mysore/Mysuru: “Dream is not what you see in sleep, dream is something which doesn’t let you sleep,” said Dr. A.P.J Abdul Kalam. Self-belief and hard work will earn success.

Here is the success story of the daughter of a newspaper distributor, who not only dreamt of becoming a doctor, but also pursued it with dedication.

She is N. Suma Bharathi, daughter of senior newspaper distributor M. Nagaraj and Nagalambika couple of city. Nagaraj has been distributing newspapers in city for the past 35 years.

Bharathi, a bright student, did her schooling in B.T.L. Vidya Vahini School in city and completed her PUC from Marimallapa College. Though she dreamt of being a scientist in her childhood, she later decided to be a doctor and serve the society.

She not only excelled in NEET exams without special coaching, but also obtained a Government seat in Adichunchanagiri Institute of Medical Sciences, Bellur, Mandya.  Setting aside the common perception that only influence and money can get a medical seat, Bharathi has successfully completed her MBBS in flying colours and is now doing her internship, thus making her  parents proud.

With a lot of financial struggle,  Nagaraj put all his efforts to provide education to his daughter to achieve her goal. Now, Bharathi is preparing for entrance exam for MD (Doctor of Medicine) and is aiming to pursue the MD course by herself without burdening her father, who has already struggled hard for providing education to her.

Speaking to Star of Mysore, Nagaraj expressed his gratitude to Mysuru District Newspaper Distributors Association, former MLA Vasu and newspaper readers for helping his daughter with financial aid, study materials, stationeries and other small contributions when she got the MBBS Government seat.