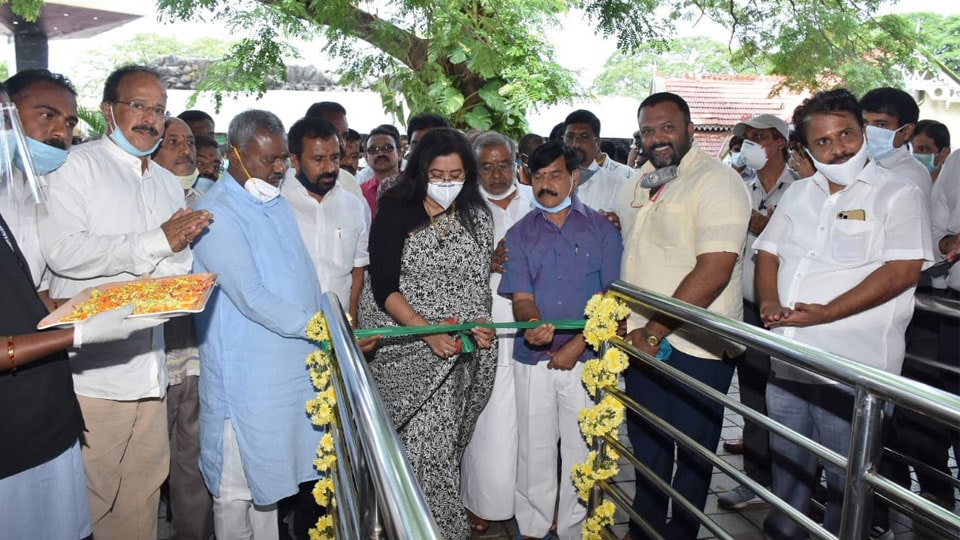 Mysore/Mysuru: One of the major tourist hotspots, Sri Chamarajendra Zoological Gardens (Mysuru Zoo) opened in style this morning after lockdown.

On the occasion, Rs. 40 lakh, including Rs.25 lakh cheque and rest through Real-Time Gross Settlement (RTGS), was donated to the Zoo by AKKA.

Ajit Kulkarni said that the Mysuru Zoo does not get any State or Central Government grants and works independently. “There was no revenue generation for 2 months. The District Minister had taken note of the same and on learning that the Zoo required Rs. 2 crore for its maintenance, he adopted elephant Chamundi and paid for a day’s food expenses of 16 tigers and also by accumulating donations from his well-wishers and friends, so far he has donated Rs.3.23 crore to the Zoo,” he said.

In her address, Sumalatha Ambarish said that her late husband actor Ambarish had spent more time at the Zoo during his shooting for the movie ‘Mrugaalaya’ and he had made friendship with not only the staff here but also the animals. Ambarish had shared about his bonding with Chimpanzee named ‘Kapil’.

Minister Somashekar told the media that Zoo, Palace and places of worship were opening today by following government guidelines on social distancing, sanitising and compulsory wearing of masks. Steps will be taken to attract tourists, he said. Somashekar also paid for the first 50 tickets on the re-opening day today for his followers and party workers who accompanied him.

New jaguar and tiger enclosure set up at a cost of Rs. 75 lakh was also inaugurated on the occasion. A five-and-a-half-year-old white tiger named Tara and 10-year-old tiger named Rahul were let inside this new enclosure.