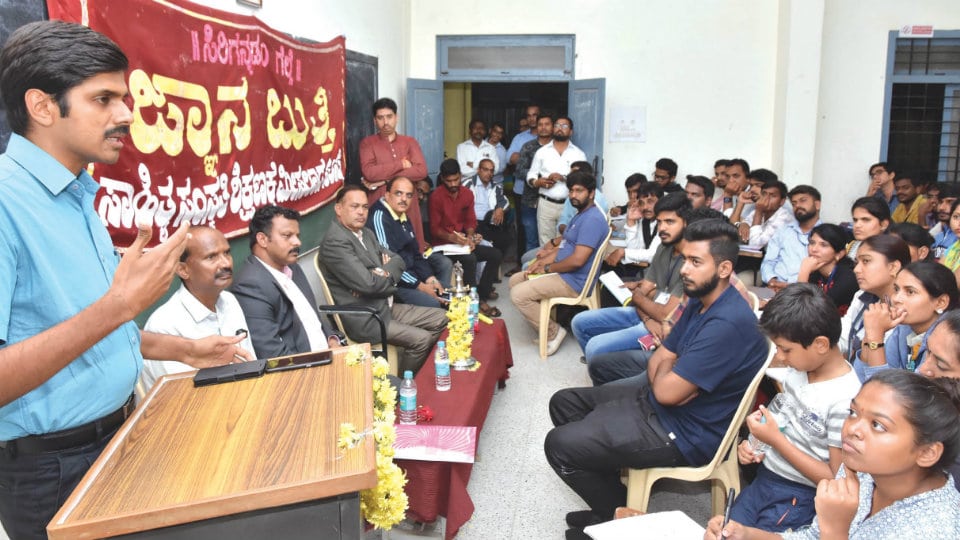 Civil Services will undergo an overhaul in 10 years: Mysuru DC

Mysuru: Maintaining that the Indian Civil Services (IAS, IPS, IFS etc.) will undergo an overhaul in the next 10 years, Deputy Commissioner Abhiram G. Sankar has said that there are indication that there will be a change in the selection of posts and duties too.

He was delivering a talk on ‘The role of the mind and the mode in competitive exams,’ organised by Jnanabuthi as part of its IAS-KAS exam coaching classes at Lakshmipuram Government High School and PU College here yesterday.

Noting that the Union Government has already started the process by appointing distinguished achievers from various fields to key posts, the DC observed that there are hints that government administration too will be carried out in a manner as is being done in successful private companies.

Stating that the mode of Union Civil Services exams such as IAS, IPS, IFS, IRS etc., may undergo a sea change in the coming days, he called upon the aspirants to start preparations in right earnest after being firm on the year which they are going to take the exams.

Stressing on the need for setting aside more time for competitive exam studies, he asked the aspirants to be informed of the latest and be updated on all the things that happen around the world by reading newspapers, general knowledge books and also making a note of them.

Highlighting the importance of time in the preparations, Sankar advised the aspirants not to spoil their future by wasting precious time.