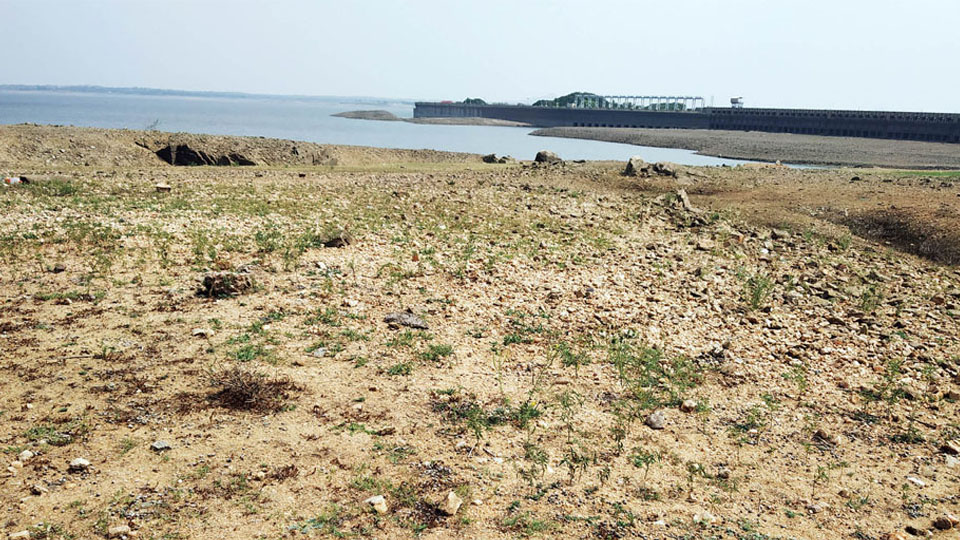 She was addressing a progress review meeting of different departments chaired by District-in-charge Secretary Javed Akthar at the Cauvery Auditorium in the Zilla Panchayat office here  on Tuesday and said right now the water level at the dam is 85 feet (today’s water level is 86.10 feet) and this water can be used only for drinking purposes. If this water is used for crops then it will affect water for drinking and hence this method is being adopted, she added.

However, in the earlier times this authority was with the Irrigation Consultation Committee (ICC) but from this year after the formation of the Cauvery Water Monitoring Authority (CWMA), the ICC has no say in the release of the water, she said.

“In the matters relating to release of KRS water, the CWMA decision is final. If the inflow increases due to the heavy rainfall in Cauvery Catchment areas, we can ask for water for the crops from the Authority. A report is being submitted to CWMA every 10 days,” said in-charge Secretary Javed Akthar.

Direction to fulfil demand for seeds, fertilisers: Javed Akthar directed the officers of the Agriculture Department to create awareness among the farmers to take steps to see that the farmers’ demand for seeds and fertilisers is fulfilled and if there is shortage of water in KRS to grow alternative crops.

Reacting to this, Joint Director for Agriculture Chandrashekar said that the sowing season had begun in the district and because of deficit rainfall sowing has suffered.

There is 16 per cent deficit rainfall this year. The farmers have already commenced sowing of pulses and grains. However, till now only 6.95 per cent sowing has taken place. There is water shortage for sugarcane and paddy. Once the water is released from KRS then seeds and fertilisers demand will be met, he said.