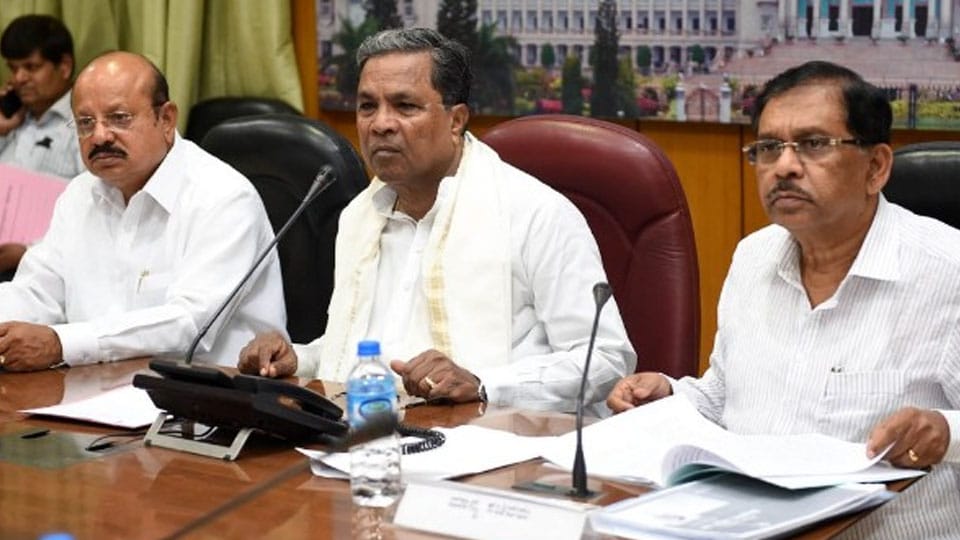 Bengaluru: Even as Income Tax (IT) officials continued their raid on the offices and residence of Energy Minister D.K. Shivakumar for the third straight day today, Chief Minister Siddharamaiah is said to be contemplating on expanding his Cabinet with the induction of three Ministers.

Those likely to make into the Cabinet are MLC H.M. Revanna from Bengaluru, MLAs Shadakshari of Tiptur and P.M. Narendraswamy of Malavalli. The CM who held talks with KPCC President Dr.G. Parameshwara in this regard yesterday morning, is said to have come to the conclusion that the expansion of the Cabinet may neutralise the negative impact on the Government following IT raids on Energy Minister D.K. Shivakumar.

Siddharamaiah is likely to discuss Cabinet expansion with the Congress High Command and the expansion is likely to take place any time before ‘Ganesh Chaturthi,’ it is learnt. The CM is batting for induction of H.M. Revanna, under the OBC quota, Shadakshari under the Lingayat quota and Narendra Swamy under SC quota.

However, the name of R.B. Thimmapur from Vijayapura district too is doing the rounds under SC quota. There are three  vacant berths in the State Cabinet. While Excise Minister H.Y. Meti resigned over a sex scandal, Home Minister Dr. G. Parameshwara resigned after he was asked to continue as KPCC President and Co-operation Minister H.S. Mahadevaprasad who passed away on Jan.3 this year.