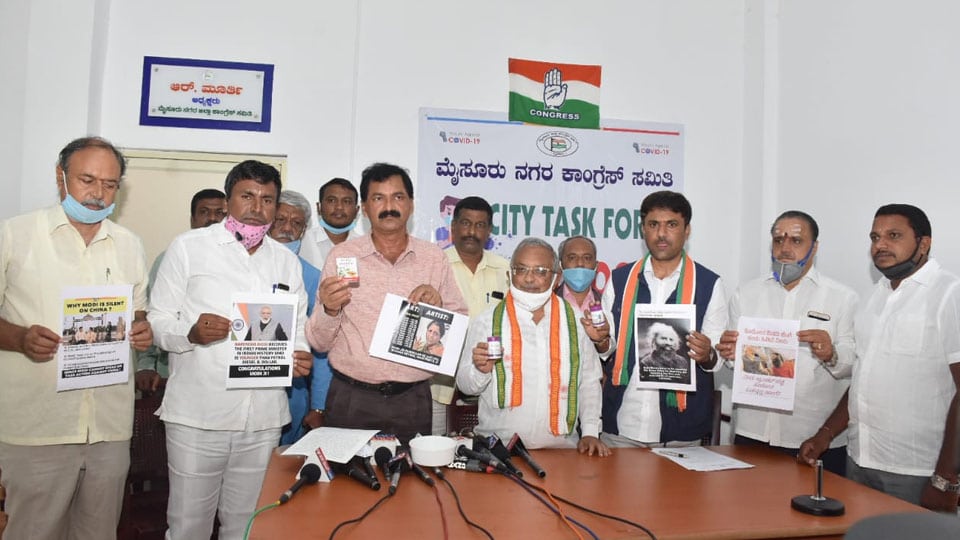 Mysore/Mysuru: Accusing all the State BJP Governments of the country of hiding facts and figures regarding the spread of the deadly COVID-19 pandemic, State Congress Spokesperson M. Lakshman alleged that the BJP Government in Karnataka too is hiding data of about 50 percent of the infected patients.

Addressing a press meet at Congress Bhavan near the City Railway Station here on Saturday, Lakshman said it was shocking that the State Government has fixed exorbitant charges for treating COVID-19 infected patients in private hospitals.

Claiming that after adding up all the costs stipulated by the State Government, an infected patient has to pay a whopping Rs. 6.58 lakh towards treatment cost for a 14-day stay in a private hospital, he wondered whether the Government was out to save  life or take out the lives of people.

Urging Prime Minister Narendra Modi to disclose details about the funds received under the PM Cares fund for treatment of COVID-19 patients, Lakshman sought an account from Chief Minister B.S. Yediyurappa on the receipt and spending of funds collected under the Chief Minister’s Relief Fund.

Accusing the BJP of unnecessarily targeting the Congress over Chinese donations to Rajiv Gandhi Foundation, Lakshman maintained that more than 1 lakh Chinese nationals have contributed to PM Cares Fund and he would disclose details about it in a week.

Lashing out at PM Modi for failing to stop the spread of Coronavirus and over the issue of rising fuel prices and Chinese incursions, he alleged that the BJP was misleading the public on many issues that are haunting the country.

District Congress President Dr. B.J. Vijaykumar, who also addressed the press meet, said that the Congress will stage a series of demonstrations in all the taluks from July 5 onwards after D.K. Shivakumar assumes office as KPCC President.