Home » Elections 2018 » Congress in a dilemma over Dy.CM post 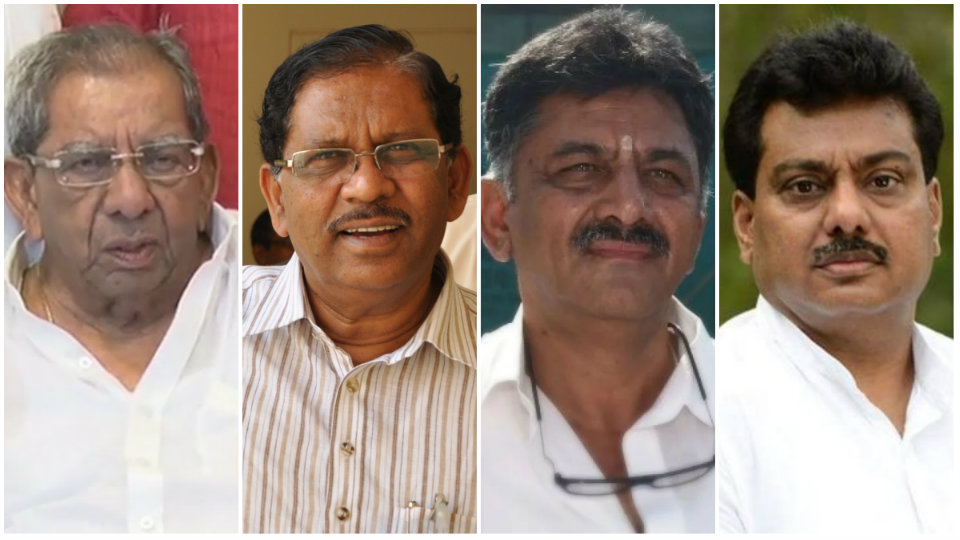 Bengaluru:  After successfully stitching up a post-poll tie up with JD(S) to oust the B.S. Yeddyurappa (BSY) Government, the Congress now seems to be in a dilemma over the Deputy Chief Minister’s (Dy.CM) post.

Soon after the Congress-JD(S) tie up, speculations were rife that KPCC President Dr. G. Parameshwara will become the Dy.CM. But now as there are too many aspirants for the post, the Congress is said to be working out a formula to have two Dy.CMs. While the Veerashaiva-Lingayat lobby is working overtime to have one of its senior MLA as Dy.CM, another group is said to be backing D.K. Shivakumar, who played a key role in keeping the Congress flock intact ahead of BSY’s Floor Test held on Saturday.

However, lobbying has intensified among community leaders with former Minister M.B. Patil, senior Legislators S.R. Patil and H.K. Patil, vying with each other for the plum post.

Meanwhile, the Akhila Bharatiya Veerashaiva Mahasabha has urged CM-designate H.D. Kumaraswamy to make senior most MLA from Davanagere Shymanuru Shivashankarappa as the Dy.CM.

Even as lobbying is picking up for the Dy.CM’s post, Dr. Parameshwara and former CM Siddharamaiah have said it is the party High Command which will take a final call on the issue.