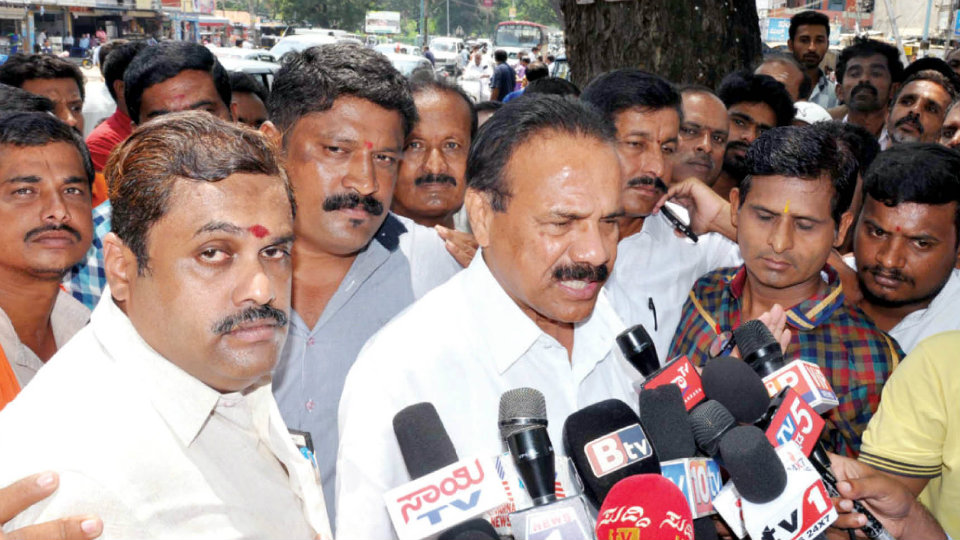 Pointing out that Congress and JD(S) leaders had used unparliamentary language against each other in the run-up to the Assembly polls, he said that the Congress-JD(S) post poll alliance was a most opportunist one, solely aimed at grabbing power through back-door.

Asserting that the BJP which bagged 104 seats had the people’s mandate, he said that both Congress and JD(S) had betrayed the voters.