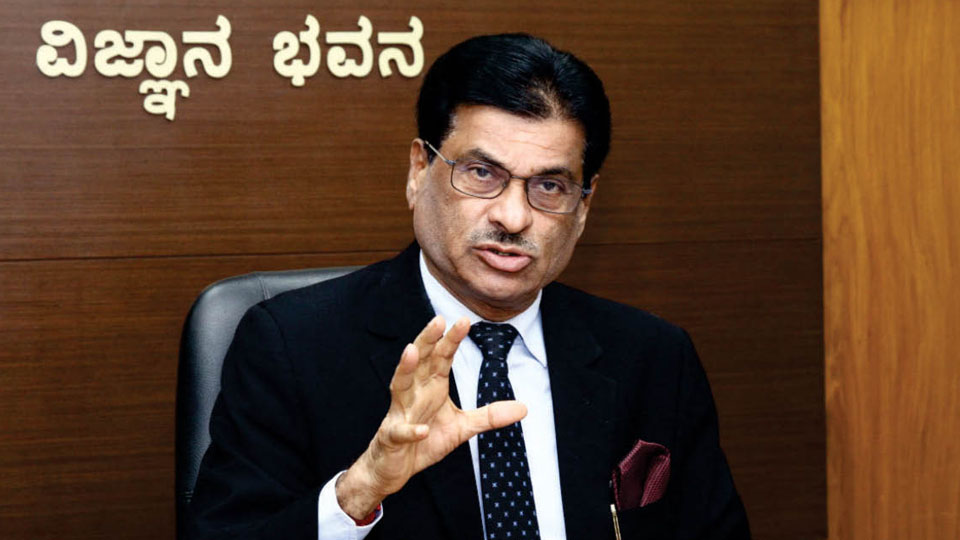 Mysore/Mysuru: Former Vice-Chancellor of University of Mysore (UoM) Prof. K.S. Rangappa has received the Fellowship of The World Academy of Sciences (TWAS). The Academy has elected him as a Fellow based on his scientific achievements.

Addressing a press conference at Vijnana Bhavan in Mansagangothri this morning, Prof. Rangappa said that he was the only person who has been elected from India in 2022 and he is the first person to achieve this distinction from the Universities of Karnataka. He has published over 550 international papers and holds 11 patents and among them, two have been commercialised, he said.

The World Academy of Sciences for the advancement of Science in developing countries, known worldwide by its acronym, TWAS, supports sustainable prosperity through research, education, policy an diplomacy. TWAS is a programme unit of the United Nations Educational Scientific and Cultural Organisation (UNESCO) and is based in Trieste, Italy.

TWAS was founded in 1983 by a distinguished group of scientists from the developing world, under the leadership of Abdus Salam, the Pakistani Physicist and Nobel Laureate. They shared a belief that developing nations, by building strength in science and engineering, could build the knowledge and skill to address such challenges as hunger, disease and poverty.

Today, TWAS has 1,296 elected Fellows — some of the world’s most accomplished scientists and engineers — representing more than 100 countries, 11 of them are Nobel Laureates. About 84 percent come from developing nations and the rest are scientists from the developed world whose work has had a significant impact in the South.

2 COMMENTS ON THIS POST To “Coveted Fellowship for Prof. K.S. Rangappa”