Home » COVID-19 » COVID-19: Nations queue up to ask India to send them Hydroxychloroquine 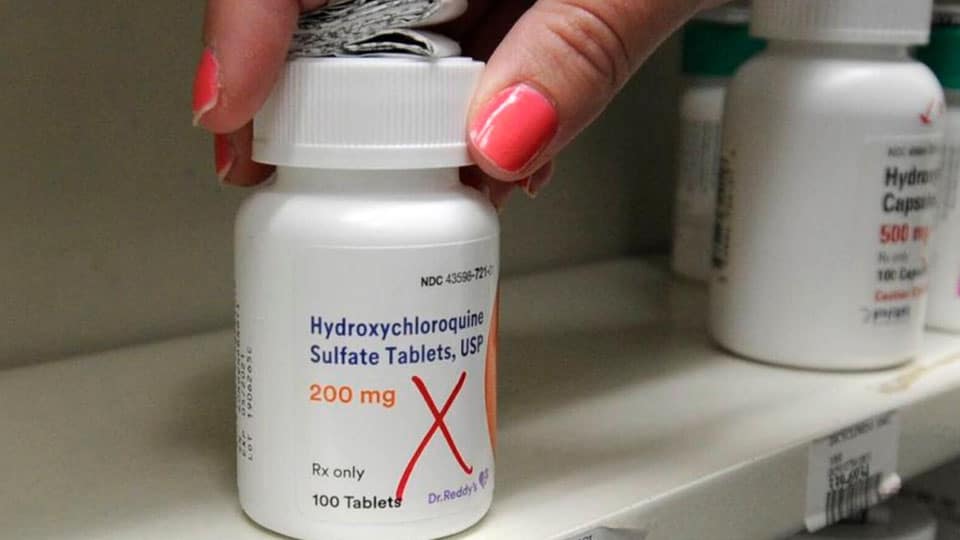 COVID-19: Nations queue up to ask India to send them Hydroxychloroquine

New Delhi: Despite India banning all exports of hydroxychloroquine, a malaria drug that United States President Donald Trump has repeatedly touted as a “game-changer” in the fight against COVID-19, several world leaders including Trump have reached to Prime Minister Narendra Modi for the supply of the medicine.

US President Donald Trump said he has requested Modi to supply hydroxychloroquine tablets that can be used to treat COVID-19 patients in his country, which now has the highest number of cases in the world.

Brazilian President Bolsonaro also tweeted in Portuguese about his discussion with the PM, saying he requested the latter for support in the continuity of the supply of pharmaceutical inputs for the production of hydroxychloroquine.

India’s Directorate General of Foreign Trade on March 25 banned the export of Hydroxychloroquine but said that certain shipments on humanitarian grounds may be allowed on a case-by-case basis.

Based on some initial results, the Trump administration is banking heavily on using Hydroxychloroquine for the successful treatment of Coronavirus. Two days after the US President’s tweet, the Indian Council of Medical Research on March 23 recommended that the drug be reserved in India only for healthcare workers, and persons caring for COVID-19 patients in households.