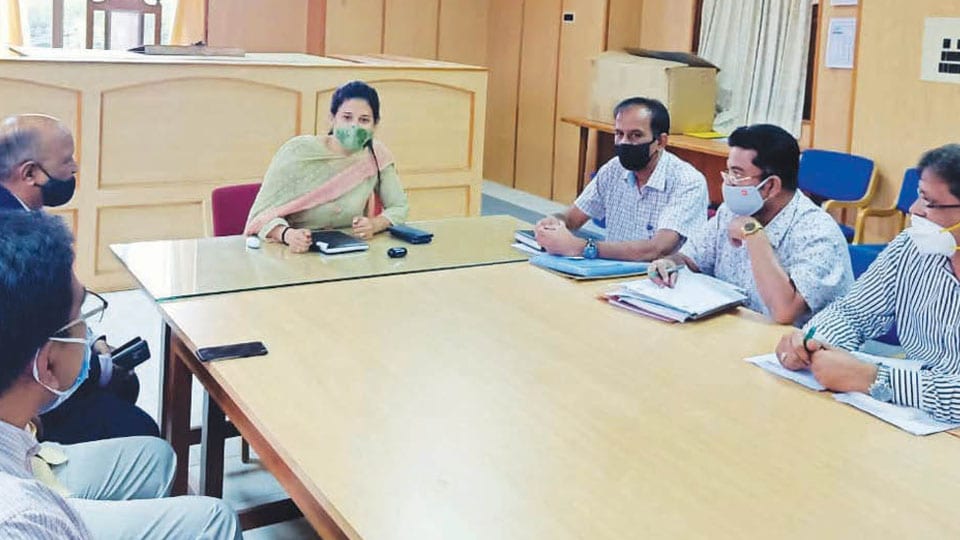 Mysore/Mysuru: With Deputy Commissioner Rohini Sindhuri directing the Industrial Bodies to make COVID-19 test mandatory for factory workers as part of an effort to control the spread of the deadly pandemic, all industrial workers are now supposed to undergo the test.

The DC, who held a meeting with representatives of various industries and office-bearers of Mysore Industries Association (MIA) at her office here on Friday last, sought the support of Industrialists for getting the tests done on all workers and staff.

She further said that rampant testing and timely treatment has helped in checking the spread of the deadly pandemic, with positive cases coming down significantly over the past couple of weeks.

Stressing on the need for screening and testing of all workers, especially those aged above 50 years and also those with co-morbidities, Rohini Sindhuri said that whoever show  COVID-19 symptoms have to be immediately tested and the Health Department should make necessary arrangements in this regard.

The DC’s directive to test all factory workers comes in the wake of many workers testing positive for COVID-19 in the past, resulting in the closure of units for many days as a precautionary measure.

Meanwhile, Health Department officials said that the Department has already started making arrangements to carry out testing for industrial workers, covering all industrial areas in the district, including Nanjangud, a major industrial town.