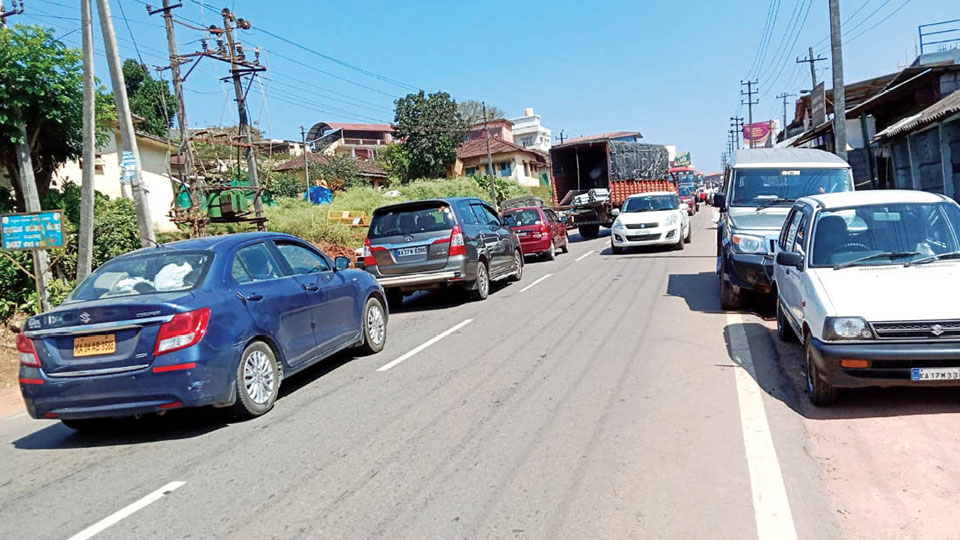 Mysore/Mysuru: In the busiest days of the year for the hospitality industry, hotels, pubs, resorts, clubs and bars have been forced to keep things low-key for the second year in a row. They have to observe a subdued New Year’s eve as the State has imposed curbs on social gatherings.

Hotels, pubs and restaurant owners have taken objection to the State Government’s move to clamp night curfew for 10 days from tomorrow (Dec. 28). They will now have to cancel reservations made for New Year’s eve and give customers a refund for the bookings already made as only 50 percent of the crowds will be allowed inside  their premises.

The 50 percent restriction at a time when all the bookings have been done is unscientific, said Mysuru Hotel Owners Association President C. Narayanagowda. “At the start of this month, the industry was looking forward to the New Year because the recovery was looking promising. The night curfew announcement will hit us badly and we appeal to the Government to reconsider the decision,” he said.

Speaking to reporters yesterday, Hotel Owners Association President C. Narayanagowda said that since the last two years, the hospitality industry was running under severe losses and only now business was looking up. “The night curfew move is disastrous for the hospitality industry as it is the peak season and we had planned to have a gala event,” he added.

As there is a night curfew, people will prefer to stay at home and they will not venture out beyond 8 pm. “The Government must tell how a night curfew would prevent transmission of COVID-19 or a possible third wave. Thousands of people are visiting all tourist attractions in Mysuru and they are taking part in various events like Dasara Exhibition and Mysore Palace Flower Show. If they are not affected, how come only people in hotels will be affected,” he asked.

The hospitality industry will have to reduce the seating capacity and would have to rework their dinner and party reservations. “We may have to cancel some of our reservations as the number of tables will reduce. I cannot understand why only the hotel industry is being targeted,” Narayanagowda questioned.

“We want to request the Government to do away with the 50 percent reservation in hotels and bars. When they allow theatres to function in full capacity, why should they only penalise us,” he asked.

Even the Federation of Organisations and Associations of Mysuru (FOAM) has taken umbrage at the night curfew announcement and said what is the point in taking double doses of vaccines if normal events  are restricted.

In a press release, Association President B.S. Prashanth has stated that the entire Government machinery had ensured that double dose vaccinations were taken by a large population. “What is the point in inoculating people when they are restricted from celebrating annual events like welcoming the New Year,” he asked.

He appealed to the Government to withdraw the order and help the industry to thrive in peak season. “We too are concerned about the health of the public and we will follow guidelines while observing the festivities,” Prashanth added.

Following the sudden announcement of night curfew yesterday, people from Bengaluru and Mysuru are coming to Kodagu in droves and many places in the hill district are reporting traffic jams. “People have booked in advance and they are coming for the year-end parties and since yesterday, we are seeing a spike in enquiries for three to four day stay from Dec. 28,” said Vipin Cariappa, a Home Stay owner.

Many IT companies in Bengaluru have declared four to five days holidays for their staff and as there are restrictions on public gatherings on New Year’s eve, party-goers prefer hill stations to welcome 2022. Along with Kodagu, Chikkamagalur too is seeing an increase in tourist footfall. Home Stays in Kadagadalu, Suntikoppa, Bhagamandala, Kutta, Srimangala and Siddapur have reported full occupancy till Jan. 3, 2022. Cashing in on the opportunity, some Home Stays have hiked the tariffs and at the same time also provided complimentary goodies.