Home » News » COVID test must for those taking part in ‘Jumboo Savari’: Minister 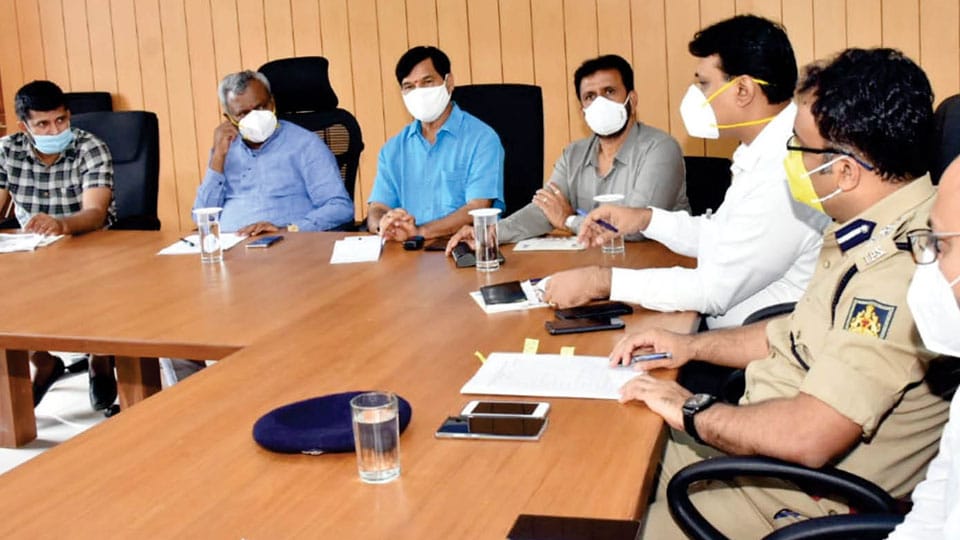 COVID test must for those taking part in ‘Jumboo Savari’: Minister

Mysore/Mysuru: District Minister S.T. Somashekar said that everyone taking part in ‘Jumboo Savari‘ procession will be tested for COVID-19 five days ahead of the event.

He was speaking to presspersons after holding a Dasara preparatory meeting at the new Deputy Commissioner’s Office in Siddarthanagar yesterday.

Pointing out that those attending the procession should possess a COVID -19 negative report, Somashekar said that all necessary precautionary and safety measures will be taken during the event. Noting that four Dasara preparatory meetings have been held so far, he said that the five Dasara elephants will be welcomed at the Palace on Oct.2. The welcome ceremony will take place in the auspicious Dhanur Lagna between 12.18 pm and 12.49 pm at Jayamarthanda Gate of the Palace, he added.

Continuing, Somashekar said that yesterday’s meeting discussed the preparations for the 10-day Dasara festival inauguration atop Chamundi Hill on Oct.17, the cultural  events to take place in the Palace and ‘Jumboo Savari’ procession in the Palace premises on Oct.26.

SPB memorial programme:  During the meeting, Somashekar directed the officials to give prominence for local artistes at Dasara cultural programmes to take place in the Palace. The meeting also deliberated on organising a cultural event in memory of legendary singer S. P. Balasubrahmanyam (SPB) who passed away recently.