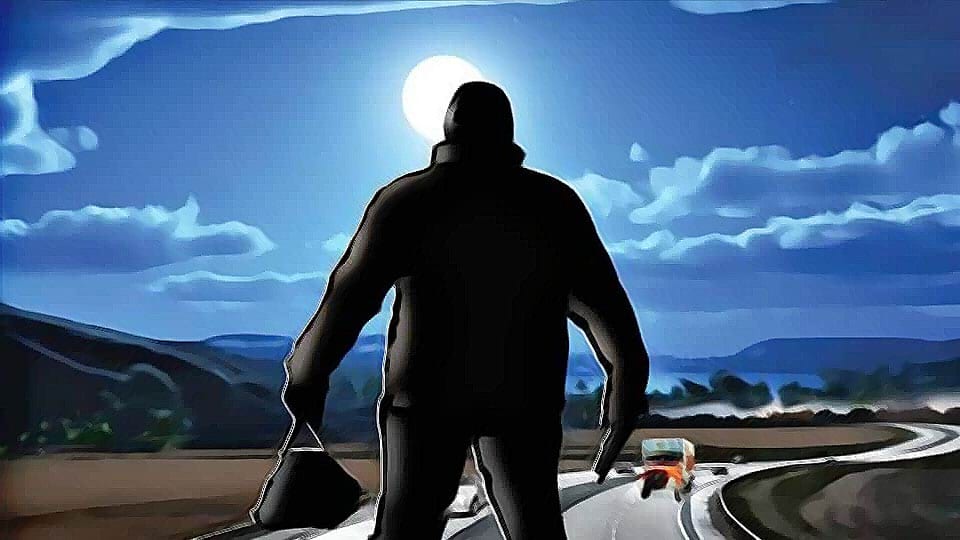 One car, one bike waylaid and driven away

Srirangapatna/Mysore:  The tourist town of Srirangapatna woke up to a shocking crime news this morning as a gang of  Highway dacoits, after a brief lull, struck again looting two motorists of their belongings and vehicles in two separate incidents on Mysuru-Bengaluru Highway before the crack of dawn today. While a car was driven away in the first incident, a bike was snatched in the second incident.

In the first incident, Manikumar, a tipper driver working for a stone quarry, was travelling on his motorcycle (KA-07-U-5413) to T.M. Hosur at about 5.20 am when a five-member gang who came in two-motorcycles, waylaid him near Gowripura located between Baburayanakoppalu and T.M. Hosur Gate and robbed him of Rs. 500 cash and some personal identity cards he was carrying in a purse.

The gang, after assaulting Manikumar, fled with his motorcycle, even before he could realise what was happening. Manikumar, who sustained minor injuries in the assault, lodged a complaint with Srirangapatna Rural Police Station.

In the second incident, Raymond D’Souza, a car driver with a Bengaluru-based travel company, was returning to Bengaluru in the Maruti Swift car (KA-12-B-7987) after completing work at about 5.45 am, when he was intercepted by a five-member gang who came in three motorcycles, near Kodishettypura, about 10 kms away from Gowripura, where the first incident had taken place.

The gang, after assaulting Raymond D’Souza, robbed him of Rs.1,500 cash he was carrying, before fleeing from the spot along with the car. D’Souza who suffered minor bruises in the assault, later lodged a complaint with the Police.

The Srirangapatna Rural Police registered both the cases and enforced a Nakabandi in all directions to nab the culprits. The Police suspect the involvement of the same gang in both the incidents and the third motorcycle used by the gang to loot Raymond D’Souza may have been that of Manikumar, the victim of the first incident.

Preliminary investigations have revealed that the modus operandi of the dacoit gang is to target lonely motorists and attack them at isolated points where there is less traffic early in the morning.