Home » News » Dasara could have been organised in a better manner: Vishwanath 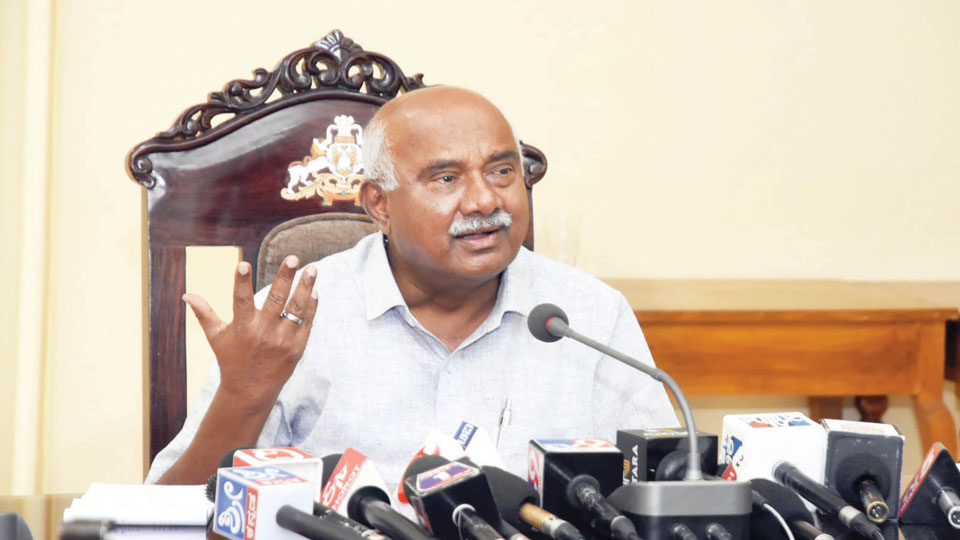 Dasara could have been organised in a better manner: Vishwanath

Mysore/Mysuru: Acknowledging that this year’s Dasara was a grand one, coming after 2 years of COVID pandemic, BJP MLC A.H. Vishwanath said that, however, the Dasara could have been better organised and handled, considering the huge inflow of visitors.

Addressing a press meet at Jaladarshini Guest House here on Saturday, the MLC stressed on the need for formation of an exclusive Dasara Authority for better organisation of festivities in future and for running Dasara Exhibition throughout the year.

Regretting that local leaders were not taken into confidence in Dasara-related activities, he said that he has the experience of organising Dasara for 5 years as a Minister and MLAs such as S.A. Ramdas, G.T. Devegowda and Tanveer Sait too have a lot of experience. But none of them were taken into confidence for Dasara preparations and MP Pratap Simha too stayed away for a major part, he maintained.

Highlighting the lapses and mismanagement that reportedly occurred during some Dasara events, Vishwanath expressed concern about the way Jumboo Savari procession was handled, with a large number of people among the crowd venturing on to the procession route at several points even as the elephants marched through.

Taking strong exception to the lapses and disorder that prevailed at Dasara events, especially the Sports Meet, Kavi Goshti and Torchlight Parade, the MLC bemoaned the lack of encouragement for local actors, artists, artisans and musicians in cultural events.

Reiterating the need for the formation of Dasara Authority, Vishwanath called for a transparent audit and presentation of Dasara accounts. Calling for a total review of Dasara preparations in the future, he suggested the authorities for  wholesome engagement of local leaders for ensuring a better Dasara, in which lakhs of people from the State and the country take part in the 10-day festivities.