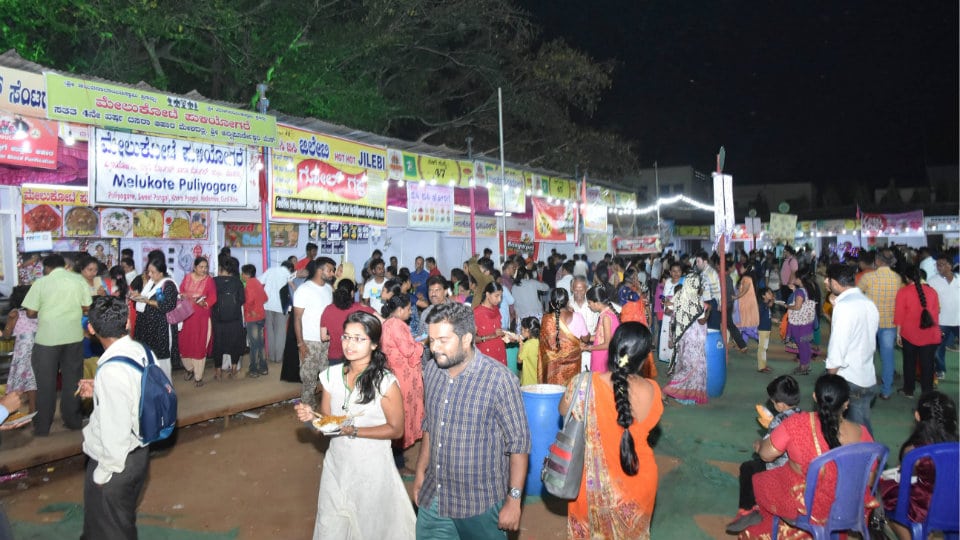 Traders selling toys and other items near Aahara Mela and Palace premises too did a good business especially those selling light balloons which attract kids.

Aahara Mela Sub-Committee Working President P. Shivanna thanked all the members for the smooth conduct of the event. He opined that regional delicacies like Belagavi Kunda and Karadantu, Dharwad Peda, Davanagere Benne Dosa, Melukote Puliogare, Mumbai Pav-Bhaji and Karavali food were the popular choices not to exclude the tribal foods.