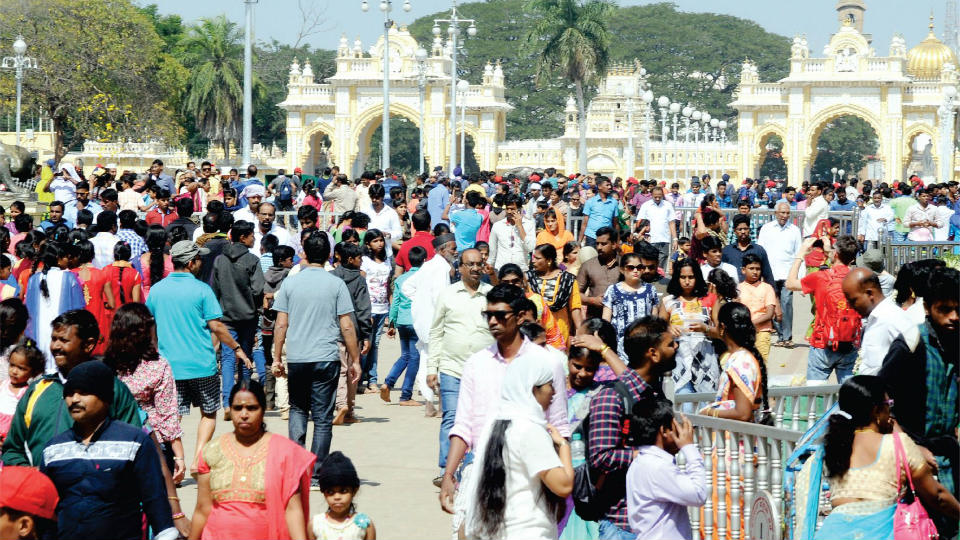 Mysuru: Every year Dasara is a big holiday season in Mysuru and tourists throng the city especially on the last two days — Ayudha Puja and Vijayadashami when the grand Dasara procession is held. This year, with extended holidays adding to the leisure of the people, the regular tourist hot spots like the Palace, KRS and Zoo witnessed a surge in gate collections.

However, another unique feature added to this year’s Dasara was the reintroduction of the flights from Mysore Airport. The flights from Mysuru to Chennai resumed after a gap of nearly two years, which has raised the hopes of Mysureans that it will be there permanently on the air map of the country.

As part of the Dasara celebrations, Mysore Airport was re-opened on Sept. 20 with Union Minister Jayant Sinha flagging off the first flight from Mysuru to Chennai. 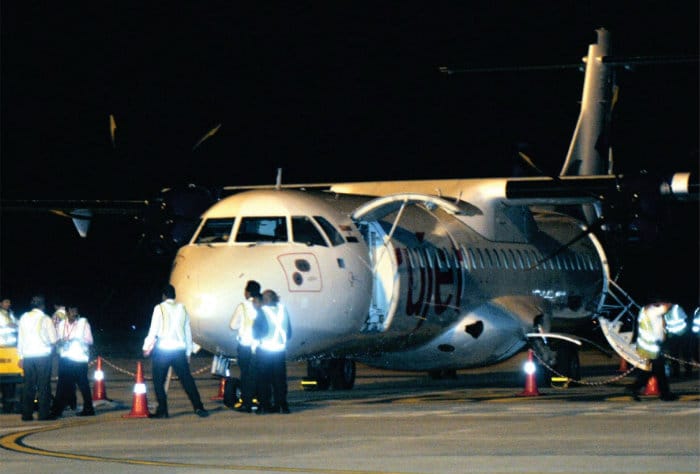 The 72-seater TruJet ATR aircraft leaves Mysore Airport daily at 7.15 pm and lands in Chennai at 8.20 pm. From Chennai, it leaves at 5.40 pm and arrives in Mysuru at 6.50 pm. An average of 55 to 60 passengers fly daily and the response so far has been very encouraging, he said.

Nearly 1,05,238 visited the Mysore Palace from Sept 21 to 29 and that included visitors to Raitha Dasara, Palace-on-Wheels, Gold Card and on-line ticket booking visitors. However, on Sept. 30, the Vijayadashami Day, approximately 30,000 people watched the Dasara-2017 procession from the Palace precincts.

The District Administration introduces Gold Card every year so that people can watch all the programmes during Dasara. However, the response so far has not been all that encouraging. There were just 190 Gold Card visitors to the Palace this year and in spite of the digital push, on-line ticket booking recorded a dismal 68 visitors.

Sri Chamarajendra Zoological Gardens, popularly called the Mysuru Zoo is a must visit on the tourists’ list. Surprisingly, when one looks at the number of visitors to the zoo in the last four years, while 1.33 lakh visited the Zoo during ten days in 2014, the numbers reduced to 1.23 lakh in the same period this year (2017).