Home » News » Mysuru-Bengaluru track to be electrified by month end 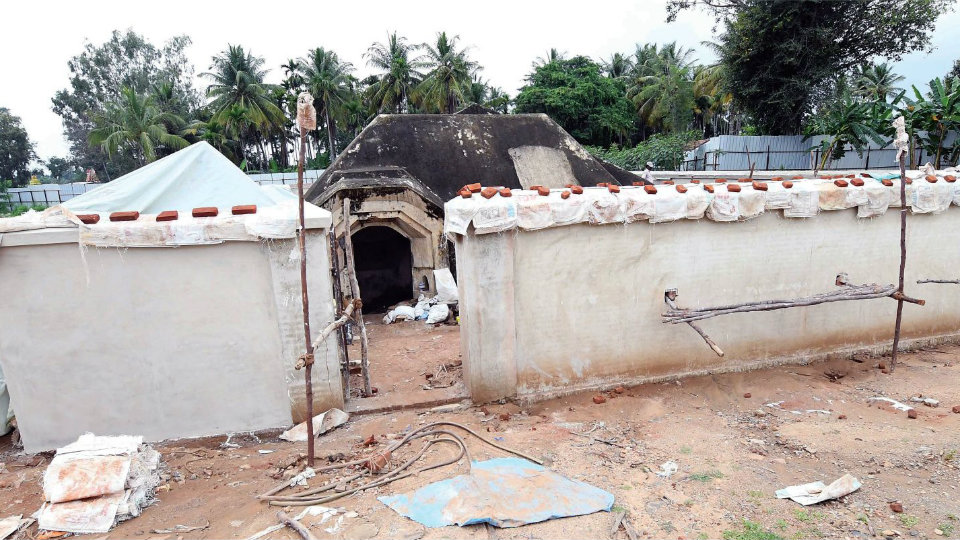 Mysuru-Bengaluru track to be electrified by month end

Mysuru: The work on restoration of the translocated Tipu Armoury at Srirangapatna has begun on a  war-footing and will be completed within a week. Simultaneously, the completion of electrification of the double track between Bengaluru and Mysuru that was pending due to the Armoury shifting will be completed by the end of October.

The translocation or the literal shifting of the 228-year-old and 1,050-tonne Tipu Armoury at Srirangapatna to pave way for the double-tracking work began on March 3 and was completed on March 14.

The contract for translocation was given to the company on 14.03.2013 and a deadline of three years was fixed to complete the works and company completed the process by 14.03.2017, four days before the deadline.

Speaking to Star of Mysore this morning, Railway officials said that the contract of the Rs. 14-crore work included the restoration work too. During restoration, the original shape of the Armoury will be retained and now, mechanical works are being undertaken by over 40 workers and engineers from PSL Engineering.

“After restoration, the monument will look in its original as-is condition and the works are being done based on the photos and videos that have been shot before the translocation process began,” the  official said.

The final destination of the armoury now is 130 metres from the railway track.

Initially, the electrification will be tried on Shatabdi Express that travels between Mysuru and Chennai and gradually it will be extended to other select trains, the official added.

The electrification is likely to cut travel time of Shatabdi Express by around 10 to 15 minutes. At present, Shatabdi Express takes two hours to reach Bengaluru from Mysuru. Electric Multiple Units would commence operations on the stretch after the works are complete and after getting clearance from the Commissioner for Railway Safety.

For the record, the 139-km stretch between Mysuru and Bengaluru has high traffic density with nearly 27 pairs of trains (including weekly and bi-weekly services).