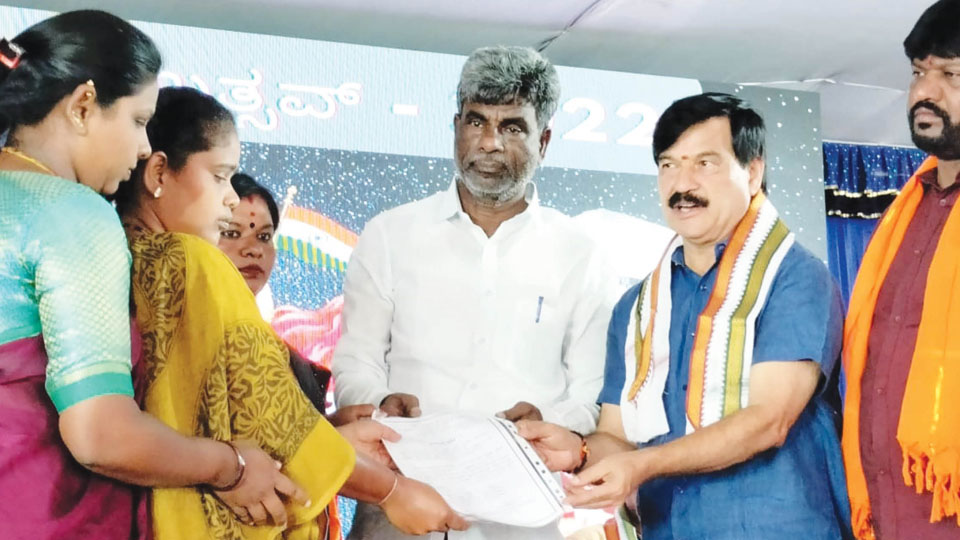 Mysore/Mysuru: Minister for Backward Classes and Social Welfare Kota Srinivasa Poojary has said that a Deendayal Upadhyaya Hostel to accommodate 1,000 Backward Classes students will come up in Mysuru shortly.

The Minister made this announcement after inaugurating the 2nd day programme of the 9- day Modi Yug Utsav organised by K.R. MLA  S.A. Ramdas at Sri Ramalingeshwara Park in Vidyaranyapuram here on Sunday.

“Karnataka has 2,239 BCM hostels, 1,860 SC/ST hostels and 830 residential hostels. But still students are facing shortage of hostels. Because of this, Chief Minister Basavaraj Bommai has directed to give additional 25 per cent  attendance. The Government has come forward to provide hostel facilities for more than 1,000 students in the name of Deendayal Upadhyaya. In the absence of own buildings, it has been decided to start hostels in rented buildings,” added Kota Srinivasa Poojary.

Praising the development works of MLA Ramdas, the Minister said this programme is organised to fulfill the wishes of Dr. B.R. Ambedkar’s Constitution which states that the facilities given by the Governments must reach the last person of the society.

“There was a time when Indians used to be neglected in foreign countries. But things have changed now and Indians are being welcomed everywhere because of PM Modi’s work. India is changing and we are witnessing changes in politics too. But the society needs to change and our practices should also change. We should be able to see children of the poor also becoming doctors and engineers. In this backdrop, the works of Ramdas are praiseworthy and his pro-people works are worth emulating for all the 224 legislators of the State,” he observed.

“The efforts of Ramdas in implementing Prime Minister’s welfare programmes for the poor, women and other weaker sections are commendable,”  the Minister concluded.

Speaking on the occasion, MLA Ramdas said that during the Modi Yug Utsav we intend to provide training and employment to the needy by registering their names. We also intend to construct a big Children’s Library at a cost of Rs.4 crore, he added.