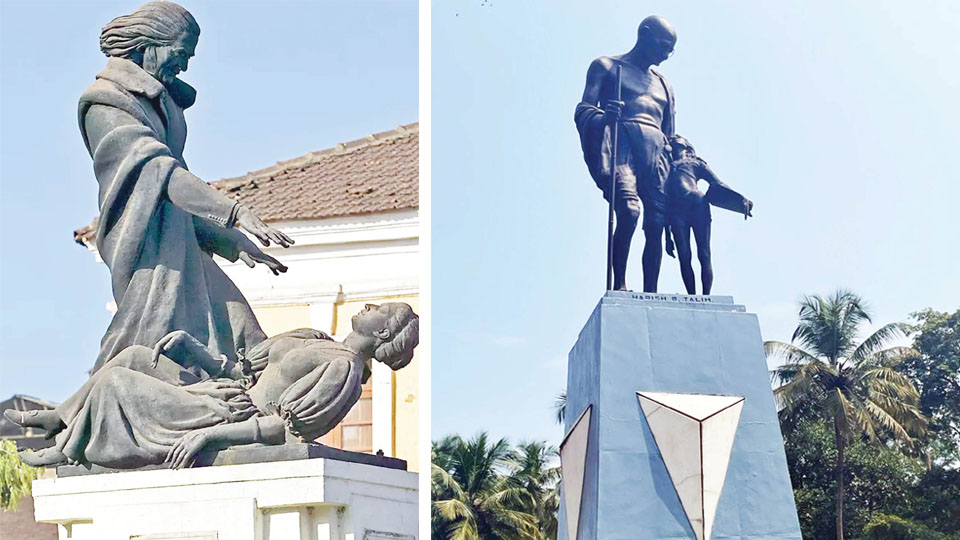 For those born before 1947, when India won independence from the British and after that year, visiting Goa and Pondicherry (now changed to Puducherry in 2006 !) is bound to make them reminisce the post-independence history of these two States. The reason is that even after independence they remained under foreign rule for some more years. Wonder, why the name of Goa, a name given by the Portuguese, is not changed to its original Hindu name Gomantak. This despite there being a political party with the name ‘Maharashtrawadi Gomantak Party’ after 1961 when Goa was liberated. Let it be.

Interestingly Goa was the first territory to be ruled by the western powers and the last one to get freedom, over a decade after British left. Proof of a soft government post-independent India. To think that many became martyrs fighting for freedom of Goa even after India became independent should be disturbing to a nationalist’s conscience even now. Think of the descendants of those freedom fighters who were killed by the Portuguese as Delhi remained a mere spectator till 1961. These thoughts crossed my mind as I visited the oldest Portuguese fort Reis Magos Fort.

In the 20th century when most of the colonial powers saw an end to their control over the territories in India, it was the Portuguese who remained in Goa till 1961. Thus Goa became the first territory of India to be colonised by European Powers and the last territory of India to be liberated from colonial rule. (From 1510 to 1961 — 451 years). To go back in history, Goa was under Bijapur Sultans and earlier Kadambas were ruling Goa.

When I went to the Museum in Reis Magos Fort, I discovered that the Portuguese rulers of early days followed two major State policy. One was conversion of Hindus into Christianity and the second Racism. Both these policies were resisted by the Hindus and also the converted Christians (because they suffered Racism). As expected, as early as 1543 there was religious persecution leading to non-payment of taxes by the people. There was an uprising that went on for eight years, and the Portuguese massacred their leaders.

History records that Goan people were not cowards who meekly surrendered to the Portuguese rule. There were many uprisings from time to time for different reasons. There was even one known as ‘Uprising of Pinto’ during 1787. It was a rebellion against Portuguese rule in Goa. The leaders of the plot were three prominent Christian priests. There was also a revolt in 1895 led by Dada Rane, which too was suppressed.

In the museum of the Fort there was information about an Hypnotist by name Abbe Faria who is credited with having introduced the oriental Hypnosis to Paris and the western world. That he had also played a role in the ‘Uprising of Pinto’ during 1787 was very important. A statue of this famous Goan of those days is near the old Secretariat at Panaji, at the junction of narrow roads which I passed by a couple of times (see picture). And I also saw a rare statue of Mahatma                                       Gandhi standing with a small boy in one of the town junction (see picture).

Unlike animals, human beings need a country of their own and a government to govern them. No matter what kind of a government — monarchy, dictatorship or democracy. As I was scanning the information at the Reis Magos Fort, I realised that all those photographs, images, incidents, uprisings and revolts were in fact the harbinger of shape of events to come as years passed. Consolidation of the land, country, and its administration by the government are complex as well as unpredictable. Which is why we find ancient world being redrawn over centuries between people of different races, religions and languages; civilisation being wiped-out giving place to new and sometimes even weird. This, therefore, affirms the wise definition of peace as an interval between two wars. Alleluia!

Be that as it may, I learn at the Fort museum that our country’s original and most authentic socialist Dr. Ram Manohar Lohia, went to Goa in 1946, a year before we got independence, to fight along with Goan freedom fighters against the suppression of liberties and repressive rule by the Portuguese. This led to the formation of “National Congress, Goa.” But to what avail? Goans had to wait till 1961 to be liberated. Hindu majority India seems to believe in tomorrow, not today, now, here … history of the world will vouch for it.

In later years, this Fort was converted to a prison by the Portuguese where freedom fighters were imprisoned. There were display boards with names of freedom fighters imprisoned in this Fort and the names are a revelation for those who understand history. They suffered, they died for our today and for the tomorrow of their children. Let us salute their memory for their bravery, suffering and sacrifice.

Thank you Goa. You educated me about war and peace; also about the joys of counting the waves as they kiss the beach.