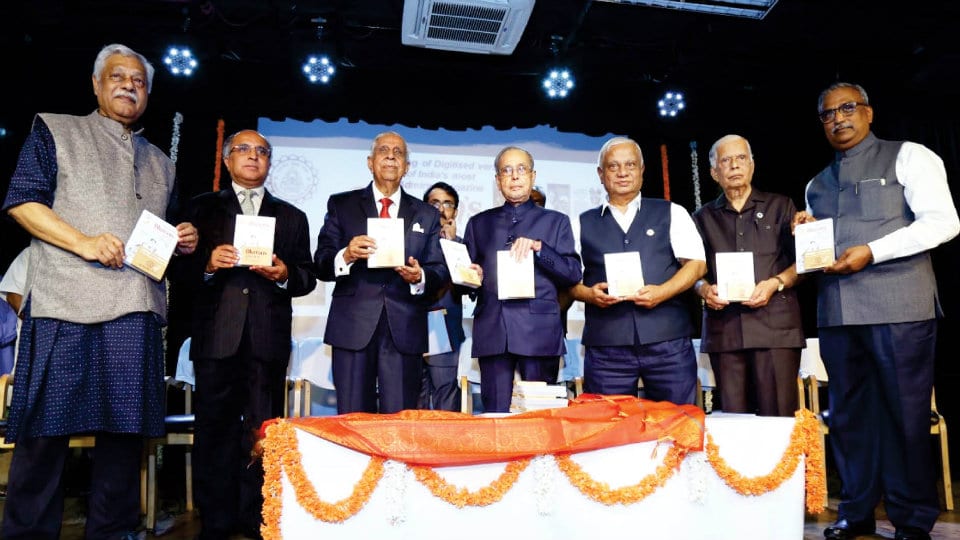 Kulapati Kanhaiyyalal Maneklal Munshiji (1887-1971) deserves reverence for two reasons. The first is the establishment of Bharatiya Vidya Bhavan (BVB) worldwide. The second is the starting of a Journal.

One day Munshiji was sitting in his office and Marvadi businessman walked into Munshiji’s office in Mumbai. Munshiji asked him the purpose of his visit. He explained that he has some money which he wanted to donate. Munshiji asked this Marvadi the amount he wants to donate. The Marvadi gentleman said that it was Rs. 6 lakh. Munshiji did not believe this because in those days Rs. 6 lakh was a huge amount. Munshiji wanted to test him further and asked him to come after a month.

Exactly after a month, that Marvadi came and met Munshiji who asked how much money he has brought now. The Marvadi replied that it was Rs. 8 lakh and during this one month he has earned two more lakhs. Understanding his seriousness, Munshiji accepted Rs. 8 lakh and asked the Marvadi what was the purpose of this gift. The Marvadi replied that an institution for Bharatiya education and culture may be opened. This is how Bharatiya Vidya Bhavan took birth.

Munshiji thought that unless it gets a permanent print media, many noble thoughts will vanish. Then he thought of Bhavan’s Journal, which is a fortnightly and contains articles written by eminent personalities who have made a name for themselves. The first page is a permanent feature with the title ‘Sage Speak’ which includes one page summary written by Babu Rajendra Prasad, Swami Brahmananda and others.

Under the title Kulapativani, K.M. Munshiji enriches knowledge on environment and other topics. Then there is a page reserved for the President of the Bharatiya Vidya Bhavan, Surendralal G. Mehta. Usually there are articles written by Mahatma Gandhi himself or written by others on the principles followed by Gandhiji.

Normally there will be about 20 to 22 articles. Excerpts of ‘Discovery of India’ by Jawaharlal Nehru are normally included in every Journal. Contemporary disasters also find a place here.

Till recently it was believed that music was for enjoyment of a small number of persons. But this concept has changed. It was in Mysore where Sri Ganapathy Sachchidananda Swamiji started the concept of music as a therapy to cure many types of illnesses. Such articles are found in Bhavan’s Journal.

The Bhavan’s Journal is useful practically to know all aspects of Indian life, literature and culture. Because of its richness, about 70-80,000 life members all over the country enjoy reading this Journal which has completed about 65 years.

In keeping with present trend of digitisation, all the volumes of Bhavan’s Journal were digitised by Arjun and Prof. Yogananda of Sriranga Digitals based in Srirangapatna. After the digitisation, BVB Bengaluru Kendra Chairman N. Ramanuja invited former President Pranab Mukherjee to release the digitised version of Bhavan’s Journal in Bengaluru recently.