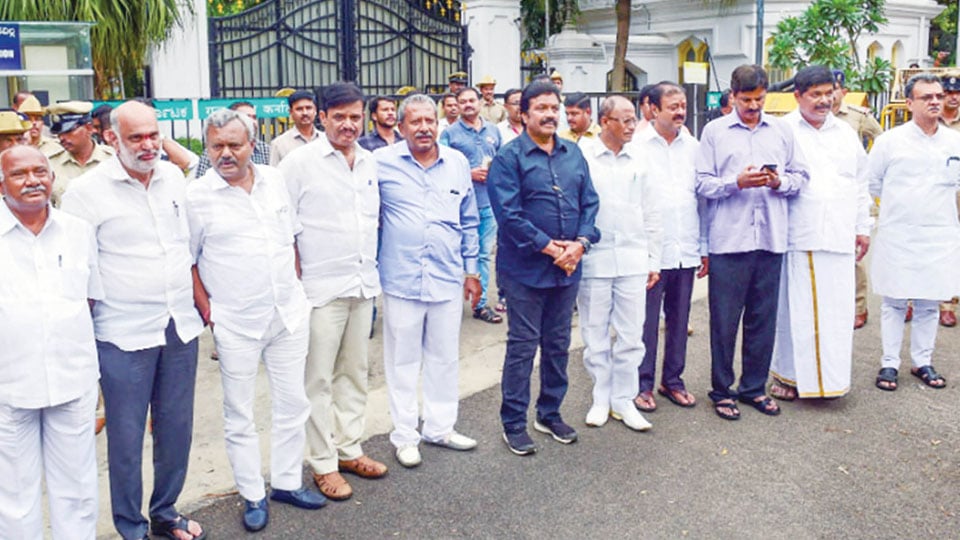 New Delhi: The Supreme Court this morning upheld the disqualification of 17 Karnataka MLAs on the orders of the then Assembly Speaker K.R. Ramesh Kumar but allowed their plea to contest the by-election to the seats that fell vacant.

A Three-Judge Bench of Justices N.V. Ramana, Sanjiv Khanna and Krishna Murari had on Oct.25 reserved its verdict on the petitions filed by disqualified MLAs. The Supreme Court also said that the Speaker should act as per the Constitution and not as per the political compulsion.

Ramesh Kumar had disqualified 17 MLAs of ruling Congress-JD(S) coalition ahead of a Trust Vote in July. The then CM H.D. Kumaraswamy had resigned after losing the Trust Vote, which paved the way for the BJP-led Government in the State under B.S. Yediyurappa.

By-elections to 15 out of these 17 Assembly seats which fell vacant following the disqualification of MLAs are scheduled on Dec. 5 and candidates are required to file their nomination papers between Nov. 11 and Nov. 18. These disqualified MLAs had recently approached the Apex Court seeking a direction to the Election Commission to postpone the elections for these 15 seats till the pronouncement of verdict in the matter.

It is worth noting that the Election Commission announced the poll schedule for only 15 of the 17 Constituencies. It did not announce by-polls in Maski and Rajarajeshwari segments as petitions are pending in Karnataka High Court relating to 2018 Assembly election.

The first reaction to the SC verdict came from disqualified Congress MLA Paratapgouda Patil: “The verdict hasn’t made us fully content. But that we can contest by-polls is a relief. We’re confident of winning the by-polls.”

“We welcome and respect the SC decision. Not everything happens as we expect. We removed a bad Government. Now, there’s a stable Government. People are ready. My constituents are ready. All of us will win and get re-elected,” said B.C. Patil, another disqualified MLA.

“The Supreme Court has allowed us to contest elections. We welcome the decision as it is the highest judicial authority. The judgement, however, is not according to our expectations,” said M.T.B. Nagaraj.