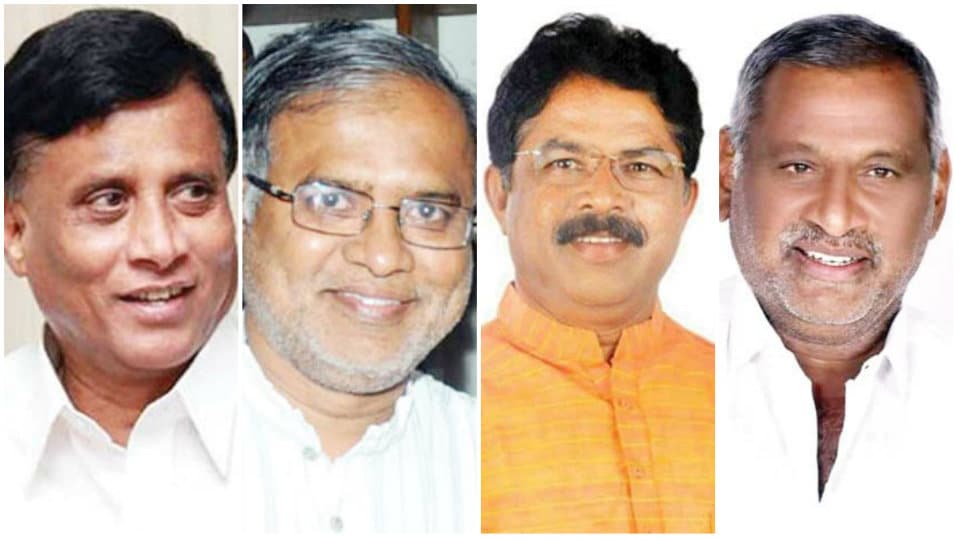 The appointment of District Ministers has been made with utmost care considering the alleged internal disputes within the BJP. The CM has ensured that even the disqualified MLAs are satisfied with the appointment of Ministers. It was said that both R. Ashoka and Dr. Ashwath Narayan wanted the control of Bengaluru Urban. However, both were denied the chance.

While Ashoka has been entrusted with Bengaluru Rural and Mandya, both districts which are Vokkaliga bastion, Dr. Ashwath Narayan has been named as in-charge Minister for Chikkaballapura and Ramanagar districts, which is also a strong Vokkaliga stronghold.

B. Sriramulu, who is the Minister for Health and Family Welfare, has been named as in-charge Minister for Raichur and Chitradurga. There were reports that Sriramulu wanted Ballari as he is a native of that district. However, it is said that the district has been reserved for disqualified MLA Anand Singh.

Another disqualified MLA Ramesh Jarkiholi, who spearheaded the disgruntled MLAs against JD(S)-Congress coalition Government, would be made the in-charge Minister for Belagavi. But for that to happen, the disqualification case pending before the Supreme Court has to be cleared. For now, Jagadish Shettar, who is the in-charge Minister for Hubballi-Dharwad has been given the additional charge of Belagavi. Meanwhile, another Dy.CM Laxman Savadi, a former MLA of Atani in Belagavi, has been made the in-charge of Ballari and Koppal.