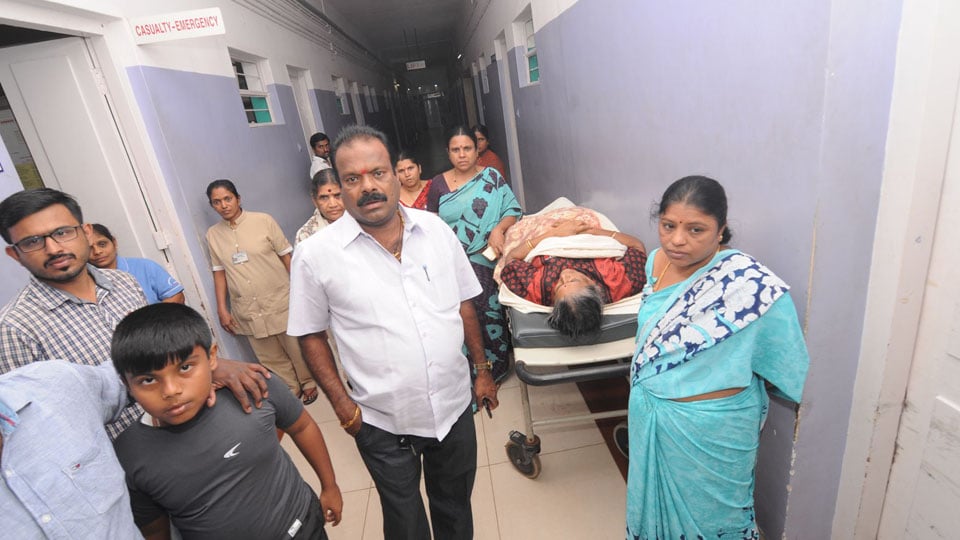 Under pressure from striking doctors, the State government agreed to water down the Karnataka Private Medical Establishments (KPME) Amendment Bill 2017. The revised Bill will drop jail for doctors and  exclude clinical complaints from the purview of district redressal committees.

The HC on Friday expressed shock at the continued shutdown of outpatient services in the districts. Terming the right to life as fundamental, it pulled up doctors for not heeding its request to restore services.

After his meeting with doctors in Belagavi, Siddharamaiah said on Twitter, “I am happy my meeting with the representatives of doctors was successful. We have succeeded in resolving all issues around KPME Bill.” The CM, however, did not disclose any information on whether the government had agreed to any of the demands of the private medical practitioners.

Sources said the Chief Minister, who wanted to ensure that the situation does not go out of hand, prevailed upon the doctors to withdraw their five-day strike without further delay.

According to doctors, who were part of the meeting, the imprisonment clause is likely to be replaced with a new rule that will envisage slapping a penalty for the first two offences and revoking licence for the third.

The doctors pointed out that it had been “mutually agreed upon” that price capping would be applicable only for government health scheme patients and for those referred by government hospitals to private hospitals under the scheme. This is what already existed. The prices will be fixed by an expert committee.

What has pleased private doctors is that they have managed to convince the Chief Minister and Health Minister K.R. Ramesh Kumar, who have been keen on tabling the Bill without any changes, to reconsider the setting up of metropolitan grievance redressal committees, headed by the Zilla Panchayat Chief Executive Officers – this, without an option of a lawyer representing them.