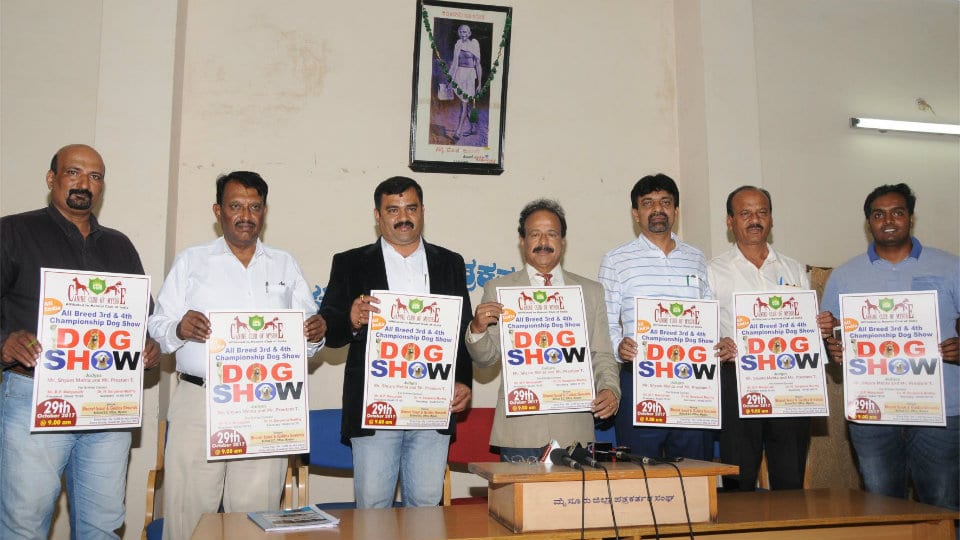 Dogs weighing 3 kgs to over 100 kgs to take part

Addressing a press meet at Pathrakartara Bhavan here yesterday, Canine Club President B.P. Manjunath said that the event will be held from 9 am to 7 pm followed by distribution of prizes to the winners of various categories.

He said that exotic dog breeds such as Newfoundland, Chow Chow, American Pitbull, German Shepherd, Great Dane; dogs weighing from 3 kgs — Miniature Pinscher — to those weighing 100 kgs and above — Saint Bernard, Tibetan Mastiff, Neapolitan Mastiff — and other breeds like Beagle, Dachshund, Labrador, Golden Retriever, Boxer, Doberman and Pug from Mumbai, Kolkata, Delhi, Kerala, Bengaluru and other parts of the country will be taking part in the championship.

Desi breeds such as Mudhol, Rajapalyam, Chippipari, Pashmi and Kanni will also be a part of the show and there is no entry fee for them, Manjunath said and added that State Bank of India would be the Ring Sponsor.

Stating that Shyam Metha from Delhi and Preetham from Bengaluru will be the judges at the Dog Show. Trophies will be given to winners in Best of Breed, Best Puppy in Show, Group Winner and Best in Show categories. More than 280 dogs have already registered for the show, he said.