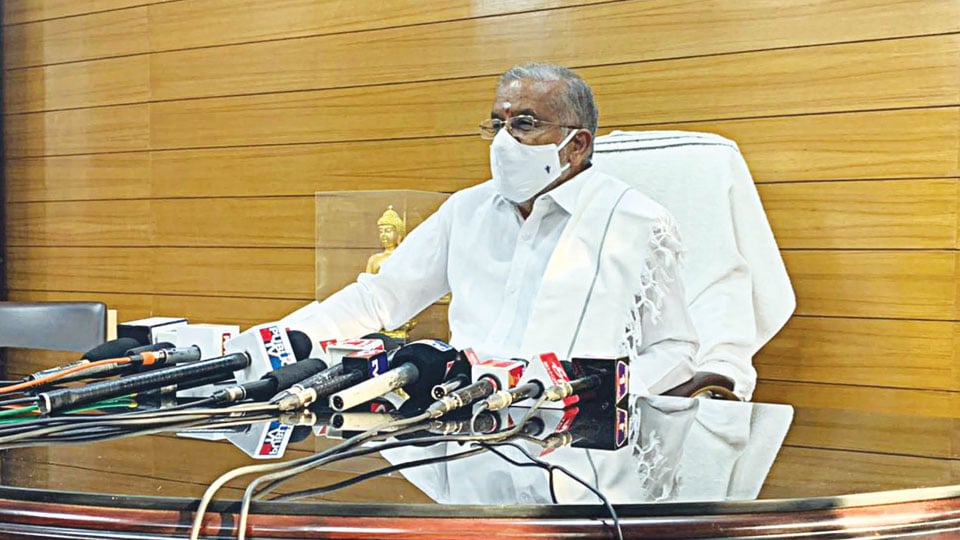 He was speaking at a meeting with Forest Department officials at the Deputy Commissioner’s Office here on Monday.

Pointing out that farmers in the forest fringes coming under Chamundeshwari Assembly segment, have been cultivating Government lands for years, GTD said that, but of late, the Forest Department has started claiming that the lands belong to it. He noted that farmers in the forest fringes have often complained to him about forest staff harassing them by carrying out measurement and marking.

Pointing out that the Government has issued an order that farmers cannot be allowed cultivation in 10 km inside the Ring Road, GTD maintained that this order is a grave injustice to farmers who have been tilling lands for the past several years. Asserting that he had raised the issue in the Assembly, he said that he would again bring the matter to the notice of the Government.

Farmer Javaranayaka said that while some farmers have been issued tilling rights in Jayapura Survey No.94 several others have been not. Now the Forest Department officials are saying that the lands belong to the Department, which has come as a shock for them, he contended.

DCF Kamala Karikalan said that the Government has issued a notification which said that the said land in Jayapura has been declared as a Reserve Forest in 1924.

The Government will mark the borders of Reserve Forest areas every year, she said adding that the land measurement and marking process is being carried as per past practice.