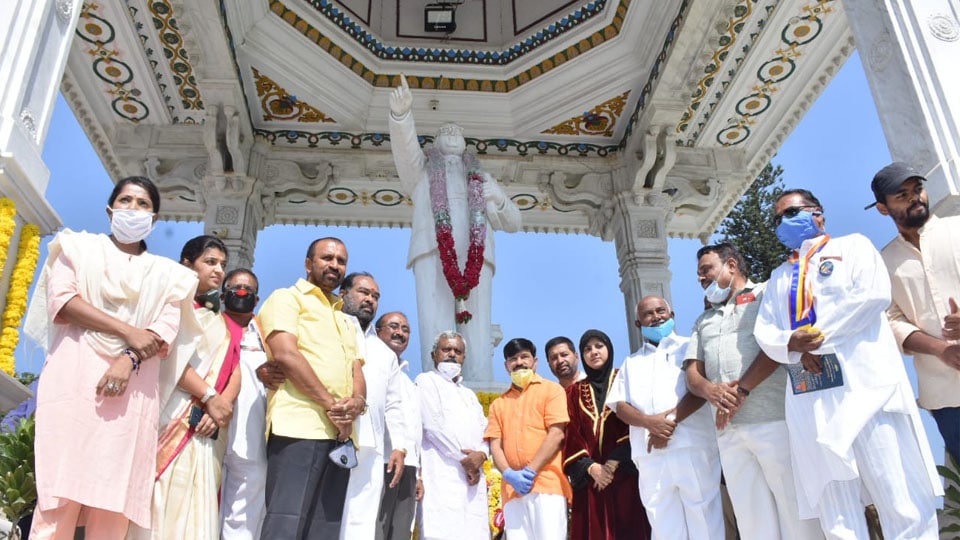 Mysore/Mysuru: Today being the birth anniversary of Dr. B.R. Ambedkar, the Architect of Indian Constitution, the statue of Dr. Ambedkar at the Town Hall premises in city was garlanded this morning under the aegis of Mysuru District Administration.

Ambedkar Jayanti was also celebrated at BJP office in Mysuru by garlanding a portrait of Dr. Ambedkar in the presence of Party City President T.S. Srivatsa, MLA L. Nagendra, Corporator Vedavathi and others.

4 COMMENTS ON THIS POST To “Dr. B.R. Ambedkar remembered in Mysuru”