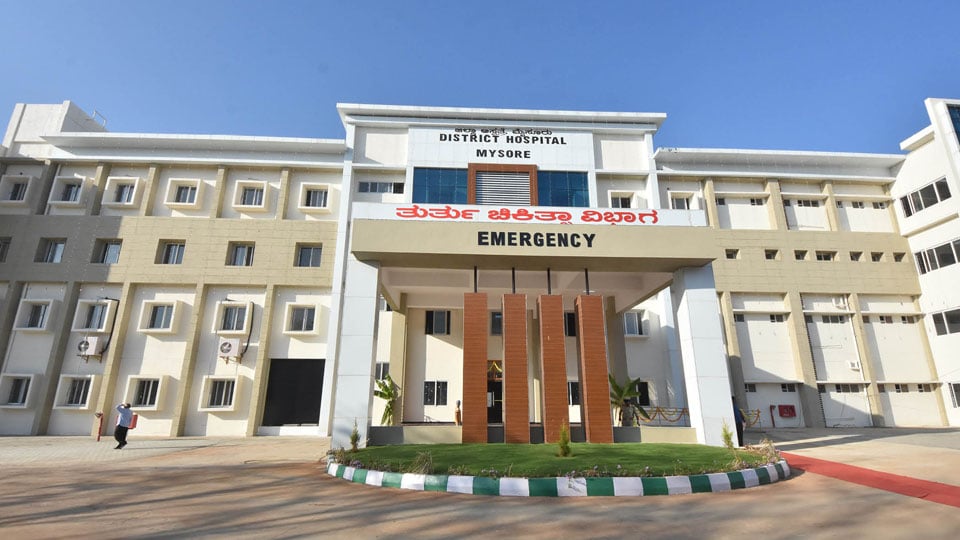 Residents around COVID-19 Hospital in Mysuru scared of virus spread

Many tenants vacate houses; shift to other areas

Mysore/Mysuru: While some doctors and medical workers in India are being ostracised from communities, evicted from their homes and forced to sleep in hospital bathrooms and on floors over fears they may be carrying Coronavirus, a new ill-informed scenario is worrying landlords and house owners around the designated COVID-19 Hospital on KRS Road in city.

Fearing that the virus might spread to the nearby areas of the Hospital, many tenants are vacating their rented accommodations and are moving to other parts of the city. This has increased the headache of landlords and house owners who are unable to return the security deposit or the lease amount in such a short notice.

Many residents in the vicinity of the Hospital are worried that they may also get infected as they are vulnerable due to their close proximity to the Hospital.

Soon after the outbreak, authorities set up an exclusive COVID-19 Ward at State-run K.R. Hospital with ten beds. After being brought to the Hospital, the COVID-19 suspects used to undergo blood and throat swab tests and if found positive, they were admitted at the COVID-19   Ward.

But a few days later, the District Administration thought of converting the new District Hospital on KRS Road, which was yet to start functioning, as the designated COVID-19 Hospital, following which the couple of patients who were being treated at K.R. Hospital were shifted to the New District Hospital.

The hurried movement of doctors, nurses, other medical staff and ambulances in and around the Hospital and the location of the mortuary in the Hospital premises have only compounded their woes.

Scared of the rumours doing the rounds that residents around the Hospital are vulnerable to the deadly virus, many residents have started packing up and many people who are living in rented houses, are ready to shift to safer localities. In the past one week, several tenants have vacated their houses, while some others have begun asking their owners to return the advance money or the security deposit.

But the owners, taken by surprise over the sudden exit of their tenants, are insisting their tenants to stay at least till the expiry of the rent or lease agreement as they are unable to return the advance deposit because of the lockdown.

Some other house owners are saying that they can return the advance money only after the lockdown regulations are relaxed which in some cases has turned into a verbal duel between the house owners and tenants.

Meanwhile residents of Lokanayakanagar are all the more worried as the Hospital waste which include used masks, hand gloves and other protective wears are being dumped in dustbins beside the compound wall of the Hospital, with the locality located very close to backside compound wall of the hospital. As of now, 18 families residing in Lokanayakanagar have shifted to Hebbal and other areas and more are ready to follow.

Officials insisted that strict protocol is being followed while disposing of Personal Protective equipment like gloves, masks and protective suits. They are not carelessly dumped but are destroyed scientifically.