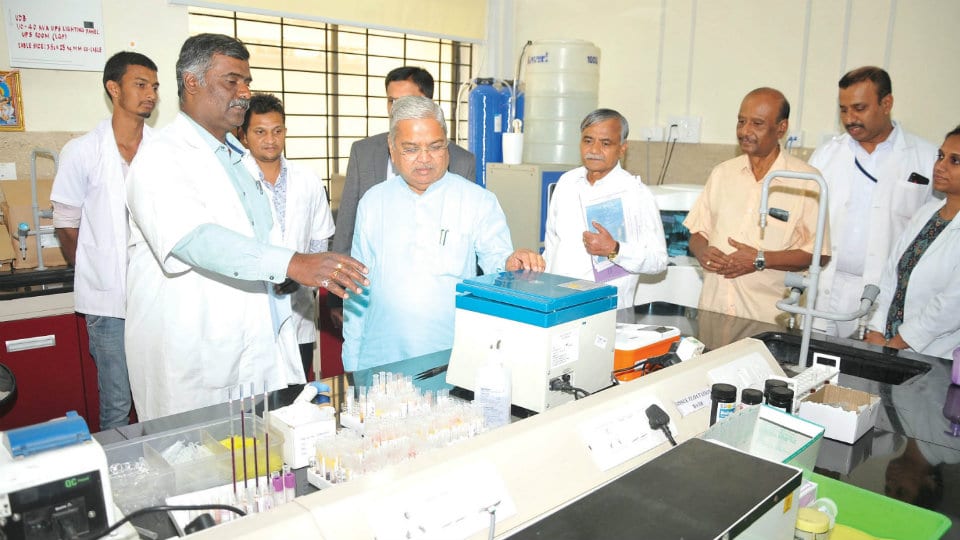 Mysore/Mysuru: Hugely impressed by the architecture at Jayadeva Cardiology Hospital on KRS Road, Deputy Chief Minister Govind Karjol said, that the hospital was no less than a corporate hospital.

Speaking to press persons after visiting the hospital recently, Karjol said he was wonderstruck by the magnificent architecture of the hospital and was happy to note that the hospital is functioning ably under the guidance of Dr.C.N. Manjunath.

Pointing out that a similar 400-bed Jayadeva Hospital is coming up at Kalaburagi, he said that the Government is spending huge funds for running government hospitals and was ready to sanction more funds wherever necessary.

Stating that PM Modi  had held a video-conference with the Health Minister and officials on Monday night,Karjol said that the government plans to set up super-speciality hospitals in all districts of the State.

Referring to Social Welfare Department hostels, the Deputy CM said that most of the hostels in the district are being run at rented buildings and the Mysuru DC has been instructed to identify sites for construction of these hostels on government lands.

He further said that more funds will be allocated for imparting skill training for tribal youths in the forthcoming State budget.