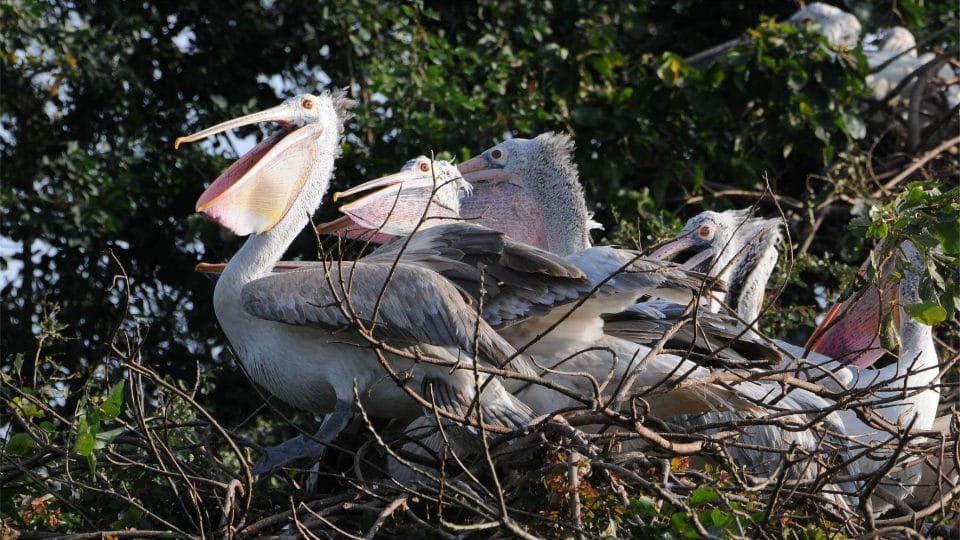 It is the world’s largest recruiter to the environmental movement, working with more than 50,000 partners in nearly 195 countries to build environmental democracy. The Earth Day Network has created a documentary on Kokkare Bellur village and highlighted the co-existence between humans and birds.

“Have you heard about this amazing ‘hamlet with white storks’ (as that is what its name in Kannada means) that takes such good care of so many bird species? The villagers epitomise living in harmony with nature. Kokkare Bellur is now declared a community reserve under the Wildlife Protection Act — the only community protected sanctuary in Karnataka,” the document says.

Highlighting the village ecosystem in the international level, the documentary features the harmonious coexistence that is managed and owned by the community and says that it is an excellent example for others to emulate.

Every year, Kokkare Bellur comes alive with shrill cries when hundreds of painted storks and pelicans descend in hordes, especially from December to June. Since time immemorial, villagers of Kokkare Bellur have been living in harmony with the bird colony breeding in their village.

Village trees are left undisturbed for the nesting of avian wonders and the State Government pays monetary compensation to each family to maintain the tamarind trees in their backyards. Inside the village, the villagers have created an enclosure where injured birds are given shelter and treated till they are ready to fly again.

At any time of the year, one can see more than 1,300 spot billed pelicans in Kokkare Bellur and during the peak breeding season, the pelicans and storks bring tonnes of fish into the village and the food source is converted into a valuable fertiliser for village farmers.