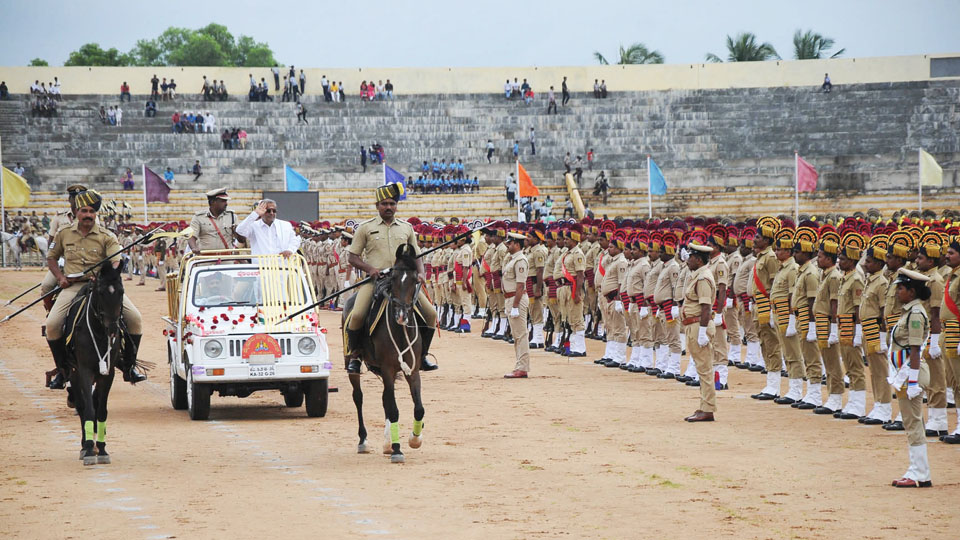 Education is key to fight ills of society: G.T. Devegowda

Mysuru:  “To fight the ills of the society like poverty, ignorance, illiteracy and superstition, a proper education system is the only force that can deliver us from such problems,” said Higher Education and District in-Charge Minister G.T. Devegowda (GTD).

Delivering the 72nd Independence Day message after hoisting the National Flag at the Torchlight Parade Grounds in Bannimantap here yesterday, he said that we should set aside the differences and work in the interest of a united country with the motto  ‘equality for all’ and the weak should become strong. 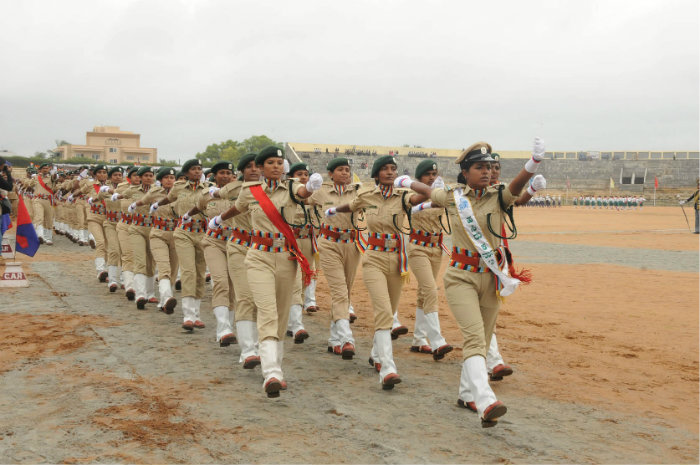 The country should also see that the women are empowered; the exploited class and the specially-abled also have a place in the society. And for this to happen, we have to take an oath to build a culturally and scientifically strong India, he said.

Efforts must be made to see that the country, which is now being ranked among the super powers in the world, becomes stronger economically, socially and educationally. We should protect our inner unity and develop in all spheres and be independent, said GTD. Recalling the contributions of the soldiers who guard the nation day and night sacrificing their lives and the farming community which is striving hard to feed all of us, he said that they are the backbone of the country. The concept of a united country was not just the dream of the citizens but a penance. People sacrificed their personal comforts and fought for the independence of the country. Movements like Sepoy Mutiny, Salt Sathyagraha, Quit India, all galvanised the countrymen to fight hard for a free country, which was finally achieved through the efforts of tall leaders like Mahamata Gandhi, Jawaharlal Nehru, Subhash Chandra Bose, Baba Saheb Ambedkar and other great freedom fighters like Bhagat Singh, Chandrashekar Azad, Jhansi Rani Lakshmibai, Sarojini Naidu, Rani Chennamma, Sangolli Rayanna and others, he said.

He also said that with such vast human resources in the country, it should be seen that everyone has a job on their hand.

Earlier, he received a guard of honour presented to him by the 28 Platoons led by Reserve Police Inspector, Karnataka Armed Reserve Police N. Sudarshan. 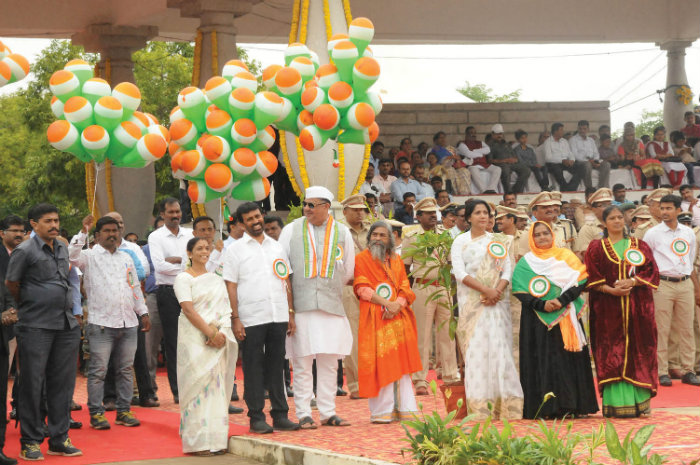 This is for the first time that the Forest Department Women and Men Platoons, led by Deputy Range Forest Officer (DFRO) R. Kavya and DFRO Basavaraju Jigali Koppa respectively, participated in the Independence Day Parade. The Specially-abled children from Karunada Shala were also part of the Parade which attracted everyone’s attention. 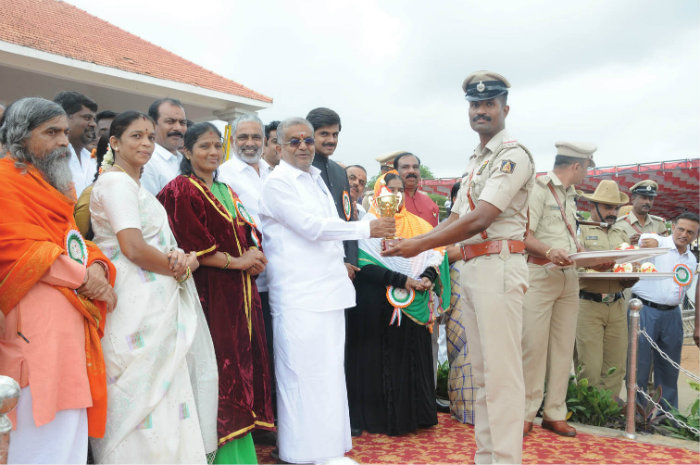 Minister GTD launched ‘Hasiru Karnataka,’ a programme of the Karnataka Government to increase forest cover in the State, by watering the saplings. Green and tricolour balloons were also released to mark the occasion.

Students from various schools participated in the cultural programmes that followed the Independence Day inauguration.

The following Platoons were declared winners at the 72nd Independence Day Parade: