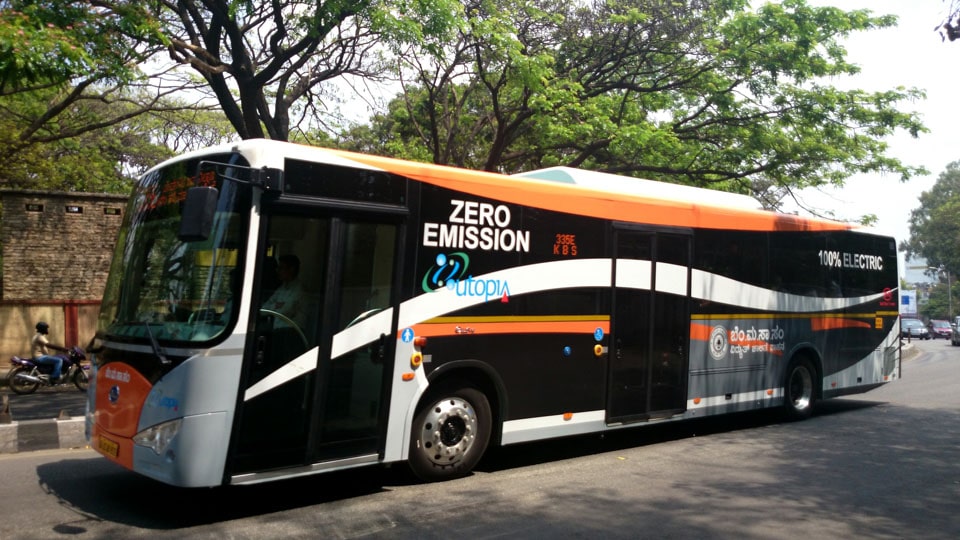 Bengaluru: The much talked about electric buses would begin services in Bengaluru, Mysuru, Tumakuru and Kolar soon and in the first phase, the Bengaluru Metropolitan Transport Corporation (BMTC) will acquire 150 such buses on a lease basis.

Transport Minister H.M. Revanna told reporters here yesterday that the tender process for availing services was complete and soon the buses would be inducted to BMTC. Though the Centre was providing subsidy for electric buses, the Government would not be purchasing them. The companies would operate and maintain the buses while the BMTC would enter into rate contract with the operators, he said.

Meanwhile, the Government had decided to induct more buses for inter-city services such as Bengaluru-Mysuru, Bengaluru-Tumakuru and Bengaluru-Kolar. Since the buses can travel only up to 200 kilometres per charge, long distance buses would not be opted for. Even those buses would be leased out to respective Transport Corporations, he said. Meanwhile, taking into account the losses made by Volvo buses, the Government had reduced fares from 15% to 35%. The aim was to attract more passengers to travel in Volvo buses, Revanna said.

The 150 electricity buses that will be acquired by the BMTC will be operated for 10 years. If all goes as planned, the BMTC will be the first State-run Corporation in the country to operate electric buses on ‘Gross Cost Model.’ The successful bidder will be paid by the BMTC on a contracted rate per kilometre basis.

The BMTC will deploy conductors in each bus to collect the fare and decide the quantum of fare, the routes, and schedule of operations after reaching an understanding with the operator.

READ ALSO  First inter-city electric bus to be flagged off on Dec. 30

“A few years ago, the cost of a single electric bus was Rs.2.5 crore. We are hoping the price will come down as the result of falling battery costs,” said an official. “The operator will receive an incentive under the scheme for Faster Adoption and Manufacturing of Electric Vehicles India (FAME India), which is Rs.1 crore per bus. The project cost may be lower than Rs. 300 crore,” an official said.

The operator should make sure that each bus runs for 200 kilometres every day, and that the entire fleet of 150 buses should be available for operations with manpower and supervising technical staff.